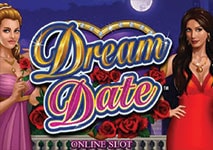 Nowadays, casino fans are given the unique opportunity to choose between a wide array of slot titles. There is an abundance of slots with various themes that are inspired by games, movies, songs and so on. As it turns out, developers can be also inspired by love stories while creating their products.

Dream Date is one such example. It runs on Microgaming’s platform which guarantees players a first-class gaming experience. 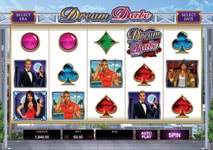 The game tells the story of a time-traveling romance and it is primarily aimed at ladies. It tells the stories of two girls from different time periods. There are four dream dates and the girls need to pick a date. Players are given the chance to spin the reels in two different eras. You can choose between playing in a historic era which will take you back to the 19th century and playing in a modern era which takes you to something similar to a city landscape.

This video slot is played out on 5 reels and 3 rows. In addition to this, the fact that there are 243 ways to win makes the game extremely attractive. As a matter of fact, the game does not feature impressive visual effects. The reels can be set on something similar to a billboard or between two columns. Still, with each spin of the reels, you will be able to enjoy some relaxing music.

Players are given the chance to adjust their bets as there is a button that allows them to set the coin denomination. Additionally, there is the “Autoplay” button which will give you the opportunity to play the game various times without interruption. One more thing that is worth mentioning is the fact that Microgaming’s software enables casino operators to set the maximum/minimum bet which means that you need to check that beforehand.

As it was already mentioned, in the first place, players need to choose an era. In the historic era, the high-value symbols are the girl, the gladiator, the pirate, the swordsman, and the archer. In the modern era, on the other hand, the high-value symbols are the girl, the spy, the biker, the firefighter, and the swimming pool cleaner. The lower-paying symbols, however, are represented by card initials and remain the same in each era.

The wild symbol is represented by the game logo. It substitutes all symbols with the exception of the scatter one. In addition to this, it does not substitute symbols in the Hot Zones wins. When a wild symbol lands on the third reel, it expands and covers the whole reel. It also gives you x2 multiplier during the free spins. The scatter symbols, however, trigger free spins and can also form scatter wins. 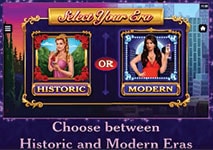 Even though the game does not offer some impressive visual and sound effects, it provides players with several opportunities to increase their profit.

After you have chosen an era, you are then proposed to choose one dream date out of four. You can do this by clicking on the button “Select Date”. This means that depending on the era, you will be given certain symbols to choose between. What you need to do is to decide which of the symbols, depicting men, will become your dream date. This symbol automatically becomes the highest-value symbol.

If 3, 4, or 5 scatter symbols land, they will trigger a bonus round feature and you will be awarded 8 free spins. You can also trigger free spins with the Hot Zones and the scatter symbol. This time you will be awarded a cash prize and 16 free spins. During this feature, the dream date symbol becomes wild and expands, thus covering the reel the symbol has landed on. Players need also to bear in mind that during the bonus spins feature the chosen dream date can replace all dates.

Even though Dream Date is a rather simple slot, once you start spinning the reels, you will immerse yourself in it and you will see that in fact, it is quite an interesting game.