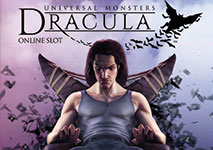 If you feel drawn to the charm of mystical creatures, then you will definitely enjoy Dracula which is a 5-reel slot powered by NetEnt. The game has 40 paylines which means that players can enjoy more possibilities of landing rewarding combinations.

NetEnt is definitely on the top of the list of leading software providers in the iGaming industry and there is a reason for that. Just as the rest of the gaming solutions developed by the company, Dracula knows how to entice the players and offer them a rewarding experience while playing at the online casino of their choice. The return to player percentage of this game is 96.6% which is a pretty good number.

Dracula has ten levels which determine the size of the bet, players can make. The first level allows the lowest possible wager of 20 coins, while the tenth level requires a bet of 200 coins. The coin value ranges from $0.01 to $1.00. 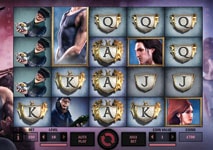 The game is based on the 1931 movie with the same name and it is inspired by the famous Count Dracula who has sparked the creation of countless legends, books, movies and, as it is in this case, online games. Since the game runs on a NetEnt software platform, you can be sure that the quality of the visual and sound effects will be impeccable. The computer graphics are extremely realistic and the intricate animations and immersive sounds make the game more exciting and enticing.

The game allows players to easily adjust the size of their bets and they can also take advantage of the Max Bet option which will automatically place the highest wager that is allowed in the game. The user-friendly interface of the game allows the easy control over the different options available in Dracula.

The introduction of the game, as well as the scenes which appear as soon as players unlock a bonus rounds, reveal small parts of the story behind this online slot. To make the game more exciting there is Dracula himself sitting on the left side of the reels. His gaze is quite intense and if you hesitate while choosing your next move, you will see him lose patience and tap with his fingers on the arm of the chair.

If you want to try your luck on Dracula, then you are guaranteed to have an enormous amount of fun thanks to the different symbols of the game. You will see that in addition to the Wild symbol, you also have Stacked Wild symbols. The Wilds can come out on reels 2, 3 and 4 in the primary game and it can substitute any symbol, while the Stack Wild can appear on reel 3 in Free Spins rounds. Stacked Wild can replace any other symbols, including the Bat one and it can award players with the highest possible payout if it is a part of the winning combination on a payline.

To make the story even more interesting among the symbols you will see the Dracula himself and a young lady who plays the role of his love interest. There are also other characters which are related to the story of Dracula in one way or another and they represent the high-value symbols in the game. There are also icons which include Jack, Queen, King and Ace and they are the lower values of this online slot. 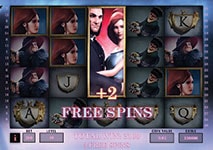 During the main game, there is a Bat feature which can be randomly triggered, once per spin. When you play with Free Spins, the Bat feature is activated during every spin. While this feature is on, Dracula will transform into a swarm of bats which will fly across the playscreen and land in a formation on the reels. After that, the bats will all transform into the same particular symbol, which can also include the Wild. This way you can land a winning combination that can bring you a generous payout.

As mentioned before, this online slot offers Stack symbols. When the fully stacked image of Dracula appears on reel 2 and the fully stacked symbol of the Lady lands on reel 4 during the main game, the player will be awarded 10 Free Spins. As this feature is triggered there will be a short scene showing a romantic and slightly dangerous meeting between Dracula and the charming Lady. Players can skip the animated scene and jump straight to the Free Spins rounds.

During the Free Spins, there is a possibility to hit a fully stacked Wild symbol of Dracula and the Lady on reel 3. This will activate two additional Free Spins which can make your win even bigger. As you can see, both the main game and the Free Spins rounds can help you hit various winning combinations.