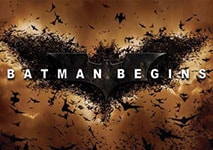 Batman has remained in the history of comics as one of the best superheroes. Sometimes he can be heroic, other times his character can become quite dark. No matter what is his image, however, there is no doubt that he has become a great inspiration for numerous movies, tv series and games. This is why it is no surprise that Playtech has decided to create an online slot inspired by the 2005 Batman Begins movie.

The slot has 5 reels and 20 paylines and it can be played on any device which gives players the freedom to enjoy this amazing slot even when they are on the go. With Wilds, Scatters and expanding Wilds, this online slot can make your spinning adventure more fruitful than ever. In addition to the different features that can be activated in the game, there are also 4 progressive jackpots that are waiting for the next lucky soon-to-be-millionaire player. 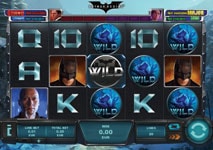 This online slot is a part of Playtech’s DC Universe games and it follows the adventures of Batman from the movie Batman Begins, starring Christian Bale playing the leading role. Among the icons of the game, there can be seen some of the main characters of the movie. There are also a lot of references to the scenes of the movie, as well as some specific places and items related to the iconic character of Batman.

The background of the game shows a village covered in snow and in the distance you can spot the Ra’s temple where Bruce Wayne is trained as a member of the League of Shadows. One of the stages that are incorporated into the game is called ‘The Temple’ which also refers to the same place. In addition to Ra’s temple, there are four other locales which reveal different places which are a part of the movie’s plot. Those include ‘The Wayne Manor’, ‘The Batcave’, ‘The Arkham Asylum’ and ‘The Monorail’.

Both the graphics and the sound effects of Batman Begins online slot are with high quality which guarantees that players will have an immense amount of fun while joining Batman in his adventures towards saving Gotham from the League of Shadows.

Among the symbols of the game, you will see some of the main protagonists of the movie, as well as Batman himself and Scarecrow who is the villain in the 2005 Batman movie. All these characters represent the high-paying symbols, Batman being the one with the highest value. For the symbols with a lower value, the game’s developers have picked the playing cards 9, 10, J, Q, K and A.

Most online slots can only boast of having a single Wild symbol, however, Batman Begins introduces one regular Wild and five different Wilds for each of the locales where you can play the game. The first regular Wild is the silhouette of Gotham with the Batman logo on it. When it lands on a hotspot, it expands and becomes Wild on each stage.

The second Flower Wild appears at the Temple locale. It substitutes for all symbols and it can expand as criss-cross Wild symbols. The more Flower Wilds land on the reels, the better your chances of a high payout are. The Wayne Manor stage also has its own Petrol Wild which can replace any other symbol and can engulf the reels and transform every symbol on its way into a Wild one. While playing at the Batcave area, you can encounter a Batmobile Wild which is a substitute for all other symbols. It triggers re-spins and it moves one reel to the left before every re-spin. The re-spins are active until the Batmobile Wild shifts off the reels.

The Wild for the Arkham Asylum stage is the Bat-signal which can replace other symbols and randomly creates wilds on the reels which can lead to the formation of winning combinations. The last locale of the game is The Monorail where the Microwave Wild is a substitute for all other symbols and it can turn random symbols on the reels into the highest-paying symbol located near the Wild. 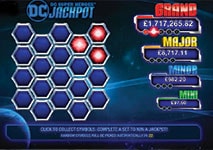 The symbols which use the characters of the movie can fill the Location tickers once they land on a hotspot. When a ticker is filled it leads to one of the five different areas where you can play the game. In addition to the different Wilds that can be activated during each of the stages, players can also try and win one of the 4 progressive jackpots of Batman Begins.

The Jackpot Game can be triggered at random spins, including some which bring no payout. Placing higher bets increases the chances of activating the Jackpot Game of this online slot. This guarantees you that you will win one of the 4 jackpots that Batman Begins offer to its players.

Once the Jackpot Game is triggered, 20 symbols will appear on the playscreen. Clicking on the symbols will reveal colours which correspond to the 4 jackpots. The game is played until you collect the number of coloured symbols that are required for hitting one of the jackpots. It should be noted that there is a reaction timer during the Jackpot Game which means that if you do not make a decision within the given time, the game will reveal a symbol automatically.

Playtech’s team of developers have made sure that Batman Begins is both entertaining and rewarding. Players can enjoy a game with a fun theme, plenty of references to the character of Batman and the movie from 2005. On top of that, there is a chance of sweeping the Mini, Minor, Major or Grand jackpot of this online slot at any time, after any spin.