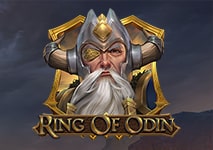 Embark on an epic adventure with Game of Gladiators, a video slot created by the premier software supplier Play’n GO. Inside a 5-reel and 20-winline matrix, you can battle your way to some nice prizes that can reach up to 5,000x your stake. Bets start from $0.20 and the upper ceiling is $100 per spin. The game is designed with mobile players in mind as it works like a charm on portable devices based on Android or iOS.

Visually, the game looks great with all details nicely fitting the theme of the game. The slot comes loaded to the brim with bonus features to maximize your winning potential. As for the RTP of the game, it is said to be 96.42%, but it may range between the different casinos. 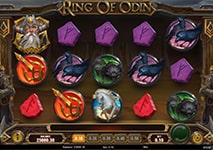 As its name suggests, Game of Gladiators is an Ancient Roman themed slot. If you have the heart of a warrior, do not miss the chance to spin the reels of this fantastic slot that is created in a way to provide its players with an immersive gaming experience. The reels are set against the backdrop of gladiator’s dungeons, with flaming torches being visible on both sides of the grid. The symbols are a nice addition to the theme of the game as these depict various gladiators.

The sounds that accompany this slot will pull you right into the battlefield. The presentation of the game is also noteworthy and reflects the spirit of the game. We must admit that the industry is oversaturated with gladiator-themed slots, but visually, Game of Gladiators stands head and shoulders above the rest.

To win a cash prize, players need to land 3, 4, or 5 identical symbols on a payline. It is important to mention that all symbols come with different payouts that are also determined by the size of the bet. In other words, you have to risk big, to win big. The tiger wild is the premium symbol in the game as it pays 25x the bet for 5 on a payline. The wild also performs its usual substitution role, replacing all other symbols except the scatter.

The images of gladiators are the medium-paying symbols. Gladiator Scissor has a maximum payout of 20x the bet, while Gladiator Provocator features a payout of up to 150x the stake. Gladiator Murmillo and Gladiator Retiarius both come with a maximum winning potential of 100x the wager.

The low-paying symbols are the usual playing card suits, including the Ace, the King, the Queen, and the Jack. The Ace and the King pay 2.5x the bet, while the Queen and the Jack have a maximum payout of 1x the stake.

The game also has a Portcullis scatter that appears only on reels 1, 3, and 5. It triggers the Enter the Arena Battle feature which we will discuss in the lines below. 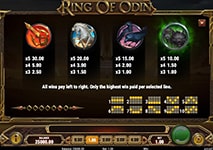 Throwing convention to the wayside, Game of Gladiators offers some interesting bonus features. During the base game, you can come across the Primus mystery features that are triggered randomly. These include:

The real action takes place during the Enter the Arena Battle feature that is triggered by landing 3 scatters in a single spin. Then, slot fans will need to choose a Champion to replace the scatter. This can be either Spartacus or Amazonia and one of these will perform the role of a scatter symbol during the free spins.

Interestingly enough, the game has no cap on the number of free spins you can get. You will keep on getting free spins until the battle is won or lost. The battle kicks off whenever a scatter comes into view on the reels. Matching gladiator symbols will be collected in the Battle Meter that is above the reels. The more matching gladiators you collect in the meter, the nicer the Battle Prize will be.

It is important to mention that a scatter landing on the reels will attack and destroy a group of gladiator symbols. Provided that more scatters come into view, these will destroy the equivalent number of gladiators. What is more, the 2nd attack comes with a 2x multiplier, and the 3rd attack is associated with a 3x multiplier.

The objective of the game is to destroy all gladiator groups. Provided that the groups fill the Battle Meter, you lose the game. Players should be informed that if they win the game with Amazonia acting as a scatter, the prize will be between 20x and 100x. Provided that you select Spartacus to play the Enter the Arena Battle feature and you win, the feature will be retriggered.

At first glance, Game of Gladiators might look quite complicated, but players should give it a try to see that the game features easy-to-understand rules. In addition to that, it carries a lot of entertainment and fun. The amplified visuals and crips graphics are worthy of an honorable mention. The maximum winning potential is also solid, so do not hesitate to test your luck on this game if the gladiator theme is up to your alley.