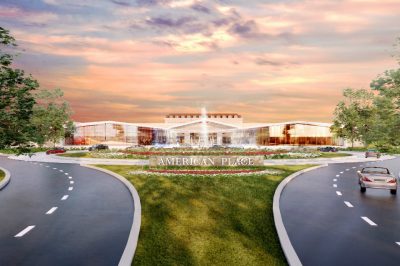 The latest meeting of the Waukegan City Council, which took place at the beginning of the week, once again attracted attention from the public. A large number of local residents, including pastors and congregation members, were present and lobbied against the casino project.

Casino supporters also took part in the meeting, speaking in favor of the casino and highlighting the additional revenue which would be brought to city coffers in case the casino proposal gets approval. Mayor Sam Cunningham commented after the meeting that he sees no reason for the City Council not to give its approval for the project.

The casino project is set to be discussed at a larger public hearing that is set to be held at the Genesee Theatre. After that, the City Council will hold a special meeting scheduled for October 17th, at which it will further consider the four remaining casino projects for a proposed casino at the Fountain Square.

During the Monday meeting, several pastors spoke on behalf of the local church community. They shared their regret for not being more involved in the issue and the city government as a whole. One of the pastors, Alex Soler, said that the group formed by 12 local churches is pushing not only against a casino establishment in Waukegan but for positive change for the city.

Five groups have originally submitted proposals for a casino at the Waukegan City Council. However, one of them – Waukegan Development Associates – officially announced that it had decided to withdraw from the application process. This announcement has left only four competitors for a casino license – Potawatomi Casino, North Point Casino, Rivers Casino and American Place.

Most members of the church community agreed they have opposed the casino concept. Some pastors share that an approval to build a casino venue could provide a “quick fix” to some of the city’s financial troubles but gambling expansion is not what would solve Waukegan’s problems in the longer term. They agree that the casino would bring fresh revenue to the city but reminded that the potential effects of a casino on the community could not be so positive.

Not all pastors in the Waukegan community are against a casino establishment. The pastor of Mount Zion Missionary Baptist Church, Arthur Gass, backed the proposal, saying that if the authorities manage to choose the right casino project and developer, this could bring both additional revenue for Waukegan and the use of minority contractors. Pastor Gass also gave his support for the casino project which had been unveiled by North Point.

As a matter of fact, only a simple majority of the Waukegan City Council is required to send the proposal to the state. However, the sale of the Fountain Square site property for a company to establish a casino would need seven votes from the nine council members and the mayor. A sale will not necessarily happen, as a lease contract is also a possibility.