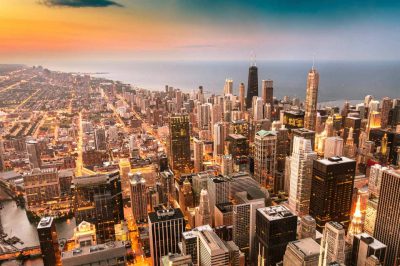 Illinois’ sports betting bill is expected next week and despite the Governor’s strong support for the legalization of sports wagers, the bill may be met with resistance from different lobbies. Chicago, as well as other cities across the state, want their own casinos and warn that if a wider gambling expansion legislation is not passed, they would not back sports betting.

The bill that seeks to legalize sports betting in the State of Illinois, HB 3308, could be ready next week, bill sponsor Rep. Mike Zalewski said. However, many details of the legislation are yet to be clarified and five different amendments are currently under consideration. Lawmakers have not yet decided on mobile betting, wagering on college sports, licensing fees, and tax rates. Yet, they are under pressure to pass the measure as the current legislative session concludes on May 31, giving them little time to contemplate on each version of the bill.

Sports betting is widely seen as a great source of revenue for the state and Governor JB Pritzker, who is actively supporting the legislation, is planning for over $200 million in sports betting revenue, starting from July. Illinois is also in a race with neighboring Indiana and Iowa as the two states have recently introduced proposals to legalize betting on sports.

Moreover, both states are currently offering future sportsbook operators better terms than Illinois – while the Prairie State could be asking up to $10 million for a license application fee, Indiana has set the fee at $100,000 and in Iowa, the application would cost sportsbooks only $45,000. According to Zalewski, new language will be added to HB 3308 and a hearing will probably be scheduled for next week.

To become law, the bill must pass both houses of the General Assembly and then, it must be signed by the Governor. Although the majority of House members and senators are believed to support the legalization of sports wagering in the state, the process is expected to be much more complicated than previously thought. 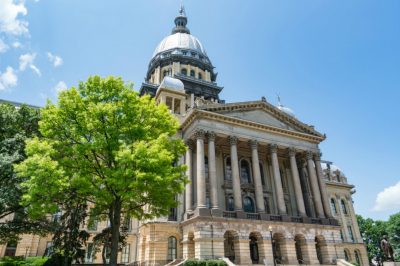 Currently, there are 10 casinos in Illinois but multiple cities and communities, including Chicago, hope to get their own gambling facilities and some of them have given lawmakers an ultimatum.

On Thursday morning, the House Executive Committee in Springfield held an informational hearing where members of the Assembly discussed a proposal for gambling expansion in the state. Many stakeholders, firms, and representatives of the local authorities were also present at the hearing. Much of the debate focused on a failed bill from several years ago, according to which several communities would have received licenses for new casinos – Downtown Chicago, Rockford, Danville, southern Cook County, Lake County, and Williamson County.

Waukegan Mayor Sam Cunningham said at the meeting that Lake County should have its own casino, while Tom McNamara, mayor of Rockford, warned that the city may never get a chance of having a gambling facility if Illinois lawmakers do not manage to pass legislation very soon. He added that currently, a casino project is under consideration in Beloit, Wisconsin, which is only 15 minutes away.

Chicago is also demanding its own casino, with plans for a large gaming facility existing for years. Derek Blaida, a lobbyist representing Chicago, said that the city would support the sports betting bill only it receives a casino license. The casino, which would also have a retail sportsbook, would be owned by the city but managed by a private operator. Analysts believe that without Chicago’s support, the new measure would not stand a chance simply because of the number of state legislators from the Chicago metro area.

What Chicago, Rockford, and the other communities expect is a larger gambling package, which has not been developed yet, however. Such gambling expansion legislation would require time, as well as many debates, draft bills, hearings, and legislative efforts. Meanwhile, the existing casinos and racetracks in the state are opposing the addition of casinos as they would be direct competition.