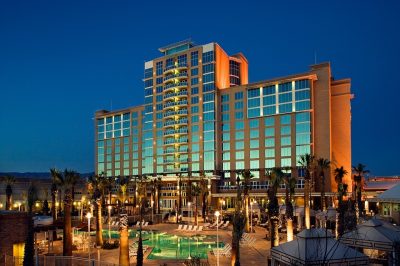 Agua Caliente Band of Cahuilla is soon expected to proceed with the groundbreaking ceremony for its Cathedral City casino project after the Federal Government gave its approval for the land to be transferred into trust. According to a news release, the tribe would announce a date for its official groundbreaking celebration soon.

This would be the third casino of the tribe, which already operates gambling venues in Rancho Mirage and Palm Springs. Back in 2017, the Agua Caliente tribe acquired 12.5 acres of land in downtown Cathedral City for building a gambling venue. The acquisition helped the tribe complete a 13.6-acre site for the casino project, with the piece of land which was added into trust is adjacent to reservation land and is situated at the corner of Date Palm Drive and E. Palm Canyon Drive.

In a news release, the Chairman of the tribe, Jeff L. Grubbe, confirmed that the tribe is ready to start the construction of the Cathedral City casino, which is a large-scale investment for Agua Caliente. Mr.Grubbe highlighted the fact that the project is set to create jobs, bring a new life to a downtown property that has been left undeveloped and boost the economic development of Cathedral City. The Tribal Chairman also explained that the tribe would also help the city with some community projects.

Agua Caliente Tribe Will Pay $6.5 Million to the City Over 10 Years

In order for the tribe to continue with its plans for the casino project, the Cathedral City Council had to agree to a series of deals, including $6.5-million payments which the Agua Caliente tribe would have to pay to the city over a 10-year period. The City Council gave the nod to these agreements after voting 3-0 in August 2019.

According to Mark Carnevale, Mayor of Cathedral City, the addition of the Agua Caliente casino would bring major changes to the downtown part of the city. He noted that he expects the casino to attract more interest to the city and bring additional revenue to city coffers.

According to the information provided in a draft report on the impact a gambling establishment would have on the local environment, Agua Caliente is set to establish a casino venue, along with a retail area, bars and restaurants, an office space for its tribal government and mixed-use space. A parking is also planned. Estimates provided by the tribe show that 556 jobs at the gambling venue and the other mixed-use facilities on site are expected to be created by the development. The casino venue will operate 24/7.

The gambling venue that is set to be build will feature eight table games and 500 Class III gaming machines, which is about three times lower than the number of available slots featured by the Rancho-Mirage casino venue of the tribe. For the time being, the Agua Caliente Resort Casino Rancho Mirage has 48 table games, 1,450 slot machines, high-stake games and a live poker room.