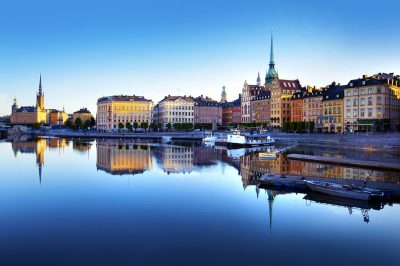 The national gambling watchdog of Sweden has once again demonstrated its determination to keep the country’s legal gambling market safe from black-market operators. This time, the regulatory body forced IP bans on a total of 23 gambling operators based in Curacao.

Spelinspektionen addressed the institutions it works in collaboration with that 23 businesses and their online gambling platforms operating out of Curacao unlawfully target residents from Sweden. According to the country’s gambling watchdog, these businesses were looking to lure Swedish users to thor gambling services, so it ordered local Internet Service Providers (ISPs) to block access to their platforms.

Spelinspektionen publicly disclosed offshore operations as part of the new approach it had adopted in an effort to keep the country’s regulated gambling marketplace free of businesses that are not officially permitted to offer their gambling products and services and yet continue to target Swedish customers.

In October 2020, Spelinkspektionen was given new powers to roll out direct investigations and impose various sanctions against gambling companies that operate illegally in the country or violate Sweden’s gambling regulations. Since then, the national gambling watchdog has been partnering with the Swedish Consumer Agency, the local financial regulator – Finansinspektionen – and Sweden’s tax agency to give extra weight to its financial penalties and enforcement actions.

Apart from suspending access to the websites of the 23 Curacao-based gambling operators that have been illegally offering their services in the country, Spelinkspektionen decided it was important to display the authority and power necessary to protect Sweden’s regulated online gambling sector, so it ordered the platforms’ payment providers to impose payment injunctions on the operators. These actions of the regulator also highlighted that its regulatory function to protect the country’s regulated iGambling marketplace will be of paramount importance when it comes to the amendments of the Gambling Law that are expected to be officially implemented during stage 2.

For the time being, Spelinspektionen demonstrated that it intends to take advantage of the full arsenal of enforcement actions it has at its disposal, including remarks for rule violations or more serious sanctions for legislation breaches.

The online casino restrictions, which were ordered by Spelinspektionen as part of its efforts to protect the public from excessive gambling during the coronavirus lockdowns, were lifted earlier in November. The Swedish Government entitled the gambling authority with the responsibility to make an assessment of the imposed measures’ effectiveness.

The national gambling regulatory authority is expected to submit the first part of its report to Ardalan Shekarabi, the Minister of Social Affairs. Spelinspektionen is set to evaluate how the SEK5,000 weekly deposit limit and the SEK100 cap on operators’ deposit bonus affected the local gambling market so far. The regulator has until March 15th, 2022 to issue its report on the matter. The second part of the assessment, including some proposals for the implementation of additional measures aimed at enhancing consumer protection, will be through at the end of October 2022.