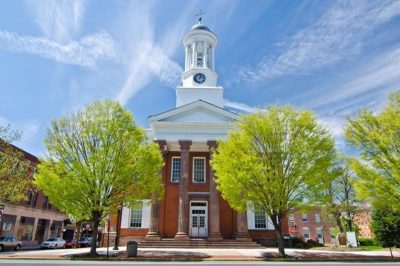 Category 4 casino venues could soon begin appearing across Pennsylvania counties and it is all a matter of time before the received gaming licenses are put into action. This Thursday is expected to bring the long-anticipated listening regarding the potential mini-casino location which could be built in Carlisle Borough and change the economic feature of the region with the introduction of a new gambling venue.

The first months of this year brought a relatively fast-paced development of the mini-casino auction which attracted a considerable amount of bidders at least in their early stages. Every major casino operator who already has an operational facility within the borders of the state had the chance to apply for one of the ten offered satellite casino licenses which would have given them the chance to open a smaller in capacity and number of offerings gambling venue.

One of the conditions under which the said mini-casinos are going to be constructed is that they should not be located anywhere in a 25-mile range of an operating gambling facility. The state’s gaming control board was set to grant the rights to 10 mini-casinos across Pennsylvania, with each of them allowed to host up to 750 slot machines.

The satellite casino auctions come as part of the state’s gambling expansion which was officially approved by local lawmakers and signed by Governor Tom Wolf in 2017. The residents of Carlisle Borough now have the chance to make their voice and position known and heard by the Carlisle Borough Council and come one step closer to the new mini-casino venue.

Potential for Development of a Mini-Casino Parx Casino is attempting to find a way to make the whole process easier for the residents and every entity interested in the future of gambling in the area. The proposed new location is expected to bring employment to as many as 250 people living in the region, two-thirds of which is going to be permanent.

The employees working full-time at the operating facility of Parx in Buck County receive as much as $42,000 per year. This is considered a significant boost of the local employment field. There is also the factor of attracting more tourists and gambling enthusiasts which in turn are going to increase the revenue of the new gambling venue and the local financial state.

The beginning of May saw the start of a debate regarding the prospects of a casino facility, in which representative of Parx Casino painted a rosy picture which could come as a result of the new casino venue. There are also residents of the county which are strongly opposing the proposal and the main argument used by them in support of their position is that an easily-accessible casino venue would draw individuals with a gambling addiction to it and flare up the problem in the region.

As many as four months are left for the final decision to be taken, however, a voting is not expected to take place just yet. According to the previous information, the earliest possibility for voting could be set in June.