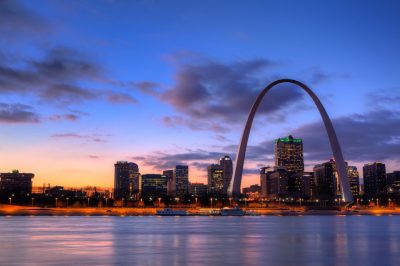 A secret report that has been bothering the Missouri gambling regulator has emerged following concerns that members of the local watchdog were not receiving thorough and in-depth information about gambling license applicants.

Yesterday, the Missouri Gaming Commission issued a statement, revealing that it would continue to keep the contents of the $400,000 report private. The regulator, however, explained that it would use it as a roadmap for potential changes in the licensing procedures applicable to casino operators. The statement noted that any future changes or modifications to the local gambling regulatory body’s policies, practices, or procedures, along with any other action resulting from the investigation, will be taken into consideration by the Commission with the benefit of some counsel’s legal advice.

In 2020, Graves Garrett law firm was hired by the watchdog to monitor and control the process used to conduct some background probes. The move of hiring the politically connected law firm has attracted some scrutiny, as the former Chairman of the Missouri Republican Party Todd Graves. Mr. Graves also served as the US attorney in the western district of the state and was a passionate supporter of former Governor Eric Greitens.

Law Firm Has Been Reviewing Gaming Commission’s Documents and Communications

Yesterday, a Senate Committee gave its approval to the Graves’ nomination to a seat on the Board of Curators at the University of Missouri. On March 18th, Governor Mike Parson nominated Gaves and Keith Holloway to the nine-member board and the nominations will be now placed to the full Senate for a vote.

According to the statement issued by the gaming board, the law firm was hired after commissioners were informed about concerns that the findings gathered throughout the investigation process might not have been fully reported to the Commission’s members at the time when they had to made their decisions regarding the operating gambling licenses applications.

A thorough investigation for almost a year was conducted by Graves Garrett, with the law firm reviewing thousands of documents and communications, including internal emails associated with the background probe, investigatory records, summary report processes, Commission meeting minutes, as well as other documents and communications. Furthermore, the Kansas City-based law firm also conducted interviews with more than 24 former and current commissioners and individuals who are currently employed by the Commission. As previously explained by the general counsel of the Missouri Gaming Commission, Ed Grewach, these interviews have been cited as the reason why the report is still not being released.

As it also became clear, the then-Commissioner Dan Finney filed his resignation after accusing the Chairman of the Commission Mike Leara of keeping information about the study secret from the Commission’s members. At the time he left the post, Mr. Finney revealed that the law firm received almost $400,000 as payment to perform its legal services for the Missouri Gaming Commission. The regulator has also been left without an executive director for almost a year, after on May 1st, 2020 the former director David Grothaus revealed he was quitting his job.