The roll-out of online gambling services has helped casino tax revenue in Detroit reach its levels from before the coronavirus pandemic outbreak.

The latest figures of the industry, which were officially released on March 16th, revealed that the first full month of online gambling and online sports betting in Detroit turned out very successful. The new forms of gambling were found very lucrative, with the city also gaining as much casino tax revenue in February 2021 as it did in February 2020, before the Covid-19 pandemic outbreak.

According to data published by the Michigan Gaming Control Board (MGCB), last month, the three casinos in Detroit generated tax and fee revenue of $14.6 million, with the figure representing a 1% increase from the results in February 2020 that was the last month before the pandemic.

Because of the coronavirus situation, Michigan Governor Gretchen Whitmer was forced to cease operations of all non-tribal casinos as of March 16th, 2020. The shutdown continued by the beginning of August. Then again, the second wave of shutdowns was forced into gambling venues from the middle of November until late December 2020.

A spokesperson of the office of Detroit’s Chief Financial Officer explained that the latest monthly results may be impressive but they are still slightly below the overall gambling tax revenue received by the city in February 2020. Tracey Lynn Pearson confirmed in a statement that the revenues generated by online gambling and online sports betting last month helped the city compensate for the losses suffered by the retail gambling sector. 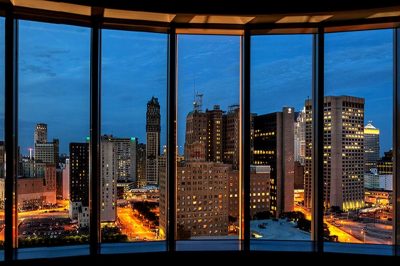 The three casinos in Detroit are currently operational at reduced capacity to prevent further spreading of the coronavirus infection. The tax payments received by the city from their table games and slot machines last month amounted to $10.2 million, with the figure representing almost a 30% decline from the one reported in February 2020.

Still, online gambling and in-person and online sports betting revenues contributed an additional $200,000 in taxes to Detroit last month. None of these services was offered in February last year. According to analysts, the strong performance of the new forms of gambling could help Detroit offset the financial pressure later in 2021. Before the Covid-19 pandemic, gambling taxes were the third-biggest revenue source for the general fund of Detroit, bringing in over $180 million on an annual basis.

According to city revenue projections that do not take into account the revenue generated by online gambling and sports betting, the figure would fall to $103 million for the current fiscal year, which is set to end on June 30th. Analysts’ forecasts also say that, if the positive haul is maintained in the months to come, the city of Detroit could even see gambling tax revenue that exceeds the pre-pandemic revenue levels, even in case the retail casino services are not fully recovered after the coronavirus closures.