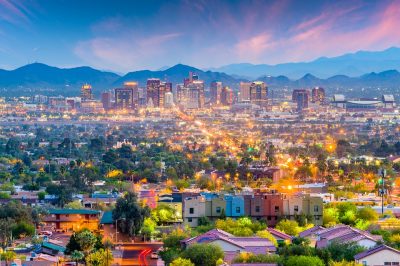 Residents of the Glendale area could see another tribal gambling venue become operational in the region as part of the key gambling expansion planned by Governor Doug Ducey and the state Legislature.

On February 9th, the Glendale City Council revoked its project to annex unincorporated county land, following a deal between the city authorities and the Tohono O’odham Nation, which already owns and runs the Desert Diamond Casino West Valley. Furthermore, the council also said that it would not interfere with the plans of the tribe to expand its casino services.

Still, the vote of the City Council will not immediately result in permission for a new casino in the region.

Under the existing state gaming compact, the Tohono O’odham Nation is allowed to operate a total of four gaming facilities in the state of Arizona. The tribe already has casinos near Glendale, Tucson, Why and Sahuarita, which could be a problem because the newly-proposed venue would be a fifth.

Previously, the tribe, based in the southern part of the state, was able to establish the West Valley casino by using an agreement to replace tribal land that got affected by flooding. Under the provisions of the federal settlement, the tribe is allowed to acquire replacement land in so-called unincorporated areas across the state and apply to have it recognized as reservation land. The same process will probably be used for the newly-proposed gambling venue of the Tohono O’odham Nation.

Relatively little information is known about the agreement between Glendale City Council and the Tohono O’odham Nation. The deal outlines that the Native American tribe will make a one-time payment of $400,000 for signing the agreement, with the money set to be used to fund the operations of the city. Furthermore, the tribe agreed to pay the amount of $1 million every year, plus an additional 2% on an annual basis, for a 20-year period once gaming begins.

Joyce Clark was the only member of the Glendale City Council who voted against the project. Although she refused to comment on the matter, she used her personal blog to reveal she opposed the deal because it seemed to her that the Tohono O’odham Nation was actually paying for the City Council’s support.

The vote of the Glendale City Council came at a time when Arizona lawmakers are considering some changes to the gambling legislation of the state. A sports betting bill seeking to allow professional teams to operate sportsbooks has successfully proceeded in the Legislature. Apart from that, the Governor is also negotiating amendments to the existing gaming compacts of the state with Native American tribes that are expected to expire in the next few years.