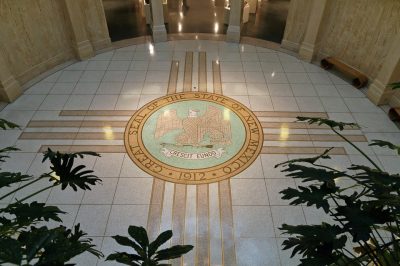 Leaders of Native American Tribes in the state of New Mexico have shared concerns regarding a gambling industry overhaul proposal made by casinos and racetracks that are not owned and operated by Indian Tribes. Under the proposal, the state is set to legalize Las Vegas-style gambling.

They gave testimony at a legislative meeting that took place on October 19th and explained that permission for an unlimited number of table games, slot machines, sports betting at casinos and horse tracks, as well as online gambling, would bring significant changes to the market and hurt the tribes’ exclusivity right to offer casino-style gambling under the existing revenue-sharing compacts they have with the state. According to the Native American tribe’s leaders, that would compromise their ability to bring in money for their communities.

Stuart Paisano, the Governor of Sandia Pueblo, explained that the proposed legislation would pose a serious challenge to the tribes’ economic stability but also what he called “a reckless attempt” for expansion of private wealth at the expense of their ability to provide government services of paramount importance.

The resort and casino of the pueblo, situated on the northern edge of Albuquerque, have been subject to a lengthy closure because of the coronavirus pandemic. The gambling services have been of major importance for the economy of the place, which is why Mr. Paisano explained that the closure has led to considerable uncertainty about the effect it would have on tribal gambling operations.

The meeting held on October 19th was the first time tribal leaders have publicly shared their opinion about the proposed casino-style gambling expansion in the state. They explained that they were not addressed for an opinion regarding the plan until days before commercial casinos and racetracks’ representatives gave testimony before another legislative panel earlier in October.

According to predictions shared by racetrack owners and operators, the expansion to Las Vegas-styled gambling would boost tourism and make sure the horse racing industry in New Mexico survives. Apart from that, Native American tribes are expected to benefit by no longer being obliged to share their gambling revenue with the state and would be able to invest the spare money in various tribal programs.

Under the existing compacts of tribal racetracks and casinos, also known as racinos, their operators have been given the exclusive right to offer casino and racetrack gambling in the state in return for a part of their revenue. However, recent years have seen tribal gambling suffer a revenues decline, even before the novel coronavirus outbreak. Last year, legislative analysts unveiled a report, according to which a 10% decline in annual revenues in 2012-2018 was registered.

According to the legislative analysts who unveiled the above-mentioned report, the online gambling that is currently illegal in the state of New Mexico may be drawing a part of the market away from local casinos.

Some state lawmakers have shared they would want to see more analysis because the Covid-19 crisis has made the situation difficult for casinos in New Mexico and across the country. They also reminded that the most favorable revenue figures included in the report are reliant on opening a sixth racino in the state but the proposal has already been struggling to make progress because of some political and legal challenges.