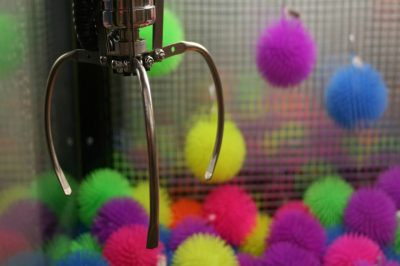 Liseberg, an amusement park situated in Gothenburg, has felt the regulatory backlash, as it has faced a SEK20,000 fine imposed by the Swedish gambling watchdog – Spelinspektionen – for allowing underage individuals to play so-called claw machines on the park’s premises.

Claw machines, which are also known as “grabbers” and “claw cranes”, allow players to make an attempt to move a miniature crane across the machine to grab an item in a glass tank. Such machines are available in amusement arcades around the world, but in Sweden, they are currently classified as a form of a slot machine, which pays out the players’ winnings in the form of special items rather than money. This is the reason why Swedish regulatory authorities do not permit such machines to be available to minors.

After some calls from the wider public, the amusement park Liseberg was put under monitoring by Spelinspektionen, with the gambling watchdog finding that the operator had not placed any signs to inform the establishment’s patrons of the age restriction available. As a result, underage individuals were caught playing the claw machines while accompanied by adults.

As revealed by Spelinspektionen, at the time when the amusement park renewed its retail commercial gambling license in April 2019 Liseberg operators believed that the aforementioned age restrictions no longer existed. As a result, they took down the required signs after receiving the license renewal.

Claw Machines Considered a Low-Risk Form of Gambling in Sweden 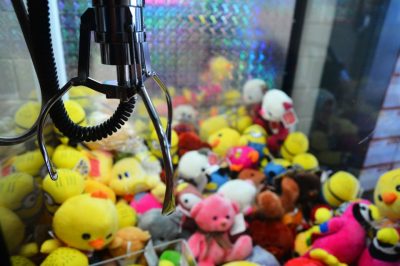 The misunderstanding was due to the fact that age limits applicable to the establishment have previously been included in the license document. However, the renewed license did not feature such information, so the management of the Gothenburg-based amusement park had incorrectly assumed that the claw machines were no longer subject to the previous age restrictions. The mistake has been made right, with the required age signs being restored at Liseberg’s premises.

As revealed by the Swedish gambling inspectorate Spelinspektionen, the misunderstanding ended up with a violation of the Swedish Gaming Act. for such breaches, offenders are currently liable to monetary punishments, with fines ranging from a minimum of SEK5,000 to a maximum amounting to a 10% equivalent of the annual turnover of the offender. Reportedly, the licensed gambling operations of Liseberg generated overall revenue of SEK9.8 million in 2019.

As mentioned above, Liseberg’s argument was that the operator of the amusement park was unaware that the removal of the age signs from the claw machines constituted a serious violation of the country’s gambling legislation. However, the Swedish gambling regulatory body felt there was little chance for the operator to repeat the offenses, which means that warning rather than imposing more severe penalties, such as license revocation, was considered the right thing to do.

The warning received by Liseberg should be combined with a monetary penalty that could amount to as much as SEK984,408 or 10% of the turnover that was generated by the licensed gaming products of the Gothenburg-based amusement park. Eventually, Spelinspektionen concluded that a monetary penalty of SEK20,000 was an appropriate punishment, as the violation was associated with a lower-risk form of gambling.