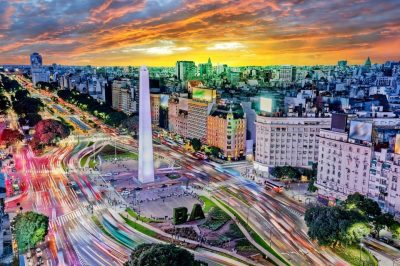 Buenos Aires’ City Government has revealed a project under which the Casino de Puerto Madero would be allowed to start offering sports betting services online. The move is aimed at providing fresh revenue flow that is expected to help the economic recovery of the city following a lengthy five-month slowdown. According to preliminary reports, the local government would be able to collect a total of more than ARS497 million (about $6.8 million) in tax revenue from the new form of gambling.

Under the proposal, the Government of the City of Buenos Aires should take into consideration the existing sports betting legislation in the country’s capital, which was officially approved a few months ago, in February 2020.

Under the current legislative and regulatory framework, the domestic and international gambling companies that are interested in getting an operating license are required to pay an administrative tax of $30,000. Apart from that, operators are required to prove they have worked in the gambling sector for at least two years and make sure their company’s net worth is at least $25 million. Besides, the Official Registry of LOTBA S.E’s accredited laboratories are required to have provided the operators applying for a license with certification.

The initiative has been backed by Juntos por el Cambio, the ruling party in Buenos Aires, but local legislators have called for the Government to implement a few extra conditions to make it impossible for the former owner of Casino de Puerto Madero and Inverclub, Cristóbal López, to an operating license that would allow him to become part of the business.

Legislators have insisted that Mr. López should not be able to become part of the online gambling sector, considering the fact that he is seen as a controversial political figure in Argentina. One lawmaker from the Civic Coalition Facundo del Gaiso shared with a local media that it was important for legislators to keep the online gambling industry clean, which is why they were not willing to risk by allowing Mr. López to participate in the sector. Apart from that, they intended to ask for some restrictions to be imposed on online sports betting advertising.

For the time being, six other gambling companies are participating in the process of obtaining a license for offering sports betting services in Buenos Aires.

Online gambling legislation in the City of Buenos Aires has taken some time for city authorities to agree on until it was eventually approved by Maria Eugenia Vidal, the former governor of the city. The legalization of the new form of gambling made it possible for a variety of gambling services, including casino gambling, poker and sports betting, to be offered over the Internet.