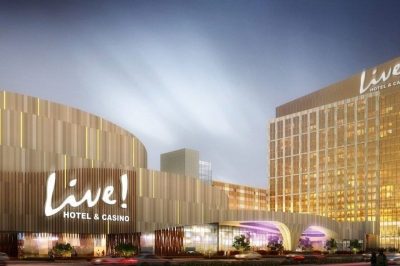 Despite the official launch of Live! Casino & Hotel Philadelphia was delayed because of the coronavirus pandemic outbreak, the much-expected entertainment venue revealed it is set to launch an on-site recruitment center over the upcoming weeks. As recently revealed, the destination plans to open about 2,000 jobs.

Originally, the casino and hotel development, which is worth $700 million, was planned to start operation by the end of 2020. However, the Covid-19 crisis affected the project, which is now expected to open early in 2021.

The announced 2,000 new jobs that are to be created in the local hospitality sector is a major milestone for the operator, especially taking into account the financial difficulties that the coronavirus pandemic has brought to the sector. According to reports of the tourism marketing agency Visit Philadelphia, in the period from February to April 2020, a total of 44,000 jobs were lost in the leisure and hospitality sector of Philadelphia as a result of the Covid-19 health crisis.

The developer of the Live! Casino & Hotel Philadelphia project, Cordish Gaming Group, was willing to continue the on-site construction at the time when the coronavirus pandemic started but was eventually forced to shut down under local authorities’ orders. The change in the original plan caused a slight delay in the planned opening of the casino and hotel project.

The recruitment of potential team members at Live! Casino & Hotel Philadelphia has already started through community discussions, as confirmed by Joe Billhimer, Cordish Gaming Group’s Executive Vice President, who was appointed last week. Mr. Billhimer is now leading the Pennsylvania expansion of the company with the casino-hotel project in Philadelphia and a Live! Casino property in Pittsburgh.

Live! Casino & Hotel Philadelphia to Be Part of the District’s Transformation 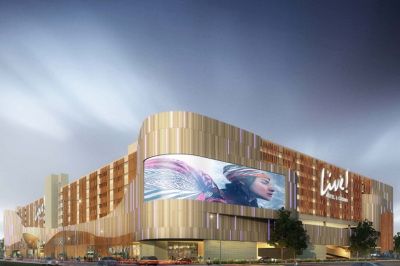 The Cordish Gaming Group has been planning to transform the area adjacent to the South Philadelphia Sports Complex into an entertainment district hosting a casino resort, sports and entertainment options. Live! Casino & Hotel Philadelphia is situated on 1.5 million square feet, with the finalized project set to feature 2,200 slots and electronic table games, over 150 live-action table games, a FanDuel-branded sportsbook, a 208-room luxury hotel and an events center. Furthermore, the complex is set to offer a variety of dining and nightlife options, with Cordish Gaming Group expected to disclose details about them soon.

According to the developer company, before the coronavirus pandemic outbreak, the area had been visited by more than 8.5 million people every year. Back in 2012, the company opened its Xfinity Live! project and is now partnering with Comcast Spectacor on the Fusion Arena project, an esports venue estimated at $50 million.

Currently, the tourism and hospitality sectors were among the largest industries in Greater Philadelphia. The biggest segment in the area was the food and beverage segment that accounted for 34% of employment, while the hospitality segment accounted for 17%. According to the most recent data provided by Econsult Solutions Inc., only a couple of years before the Covid-19 crisis, the two sectors supported a total of 103,800 jobs and generated about $12.2 billion for the region.

The upcoming opening of Live! Casino & Hotel Philadelphia is set to be part of South Philadelphia’s economic recovery, especially now, when the region suffered the negative impact of the coronavirus public health crisis. The casino will become the second gambling venue in Philadelphia. Currently, the state of Pennsylvania hosts 13 casinos.

As mentioned above, Cordish Gaming Group is working on the development of its Live! Casino Pittsburgh property, which will offer its patrons 750 slot machines and electronic table games, about 30 live-action table games, along with live entertainment and dining venues. The facility situated on 100,000 square feet is expected to create approximately 600 jobs.