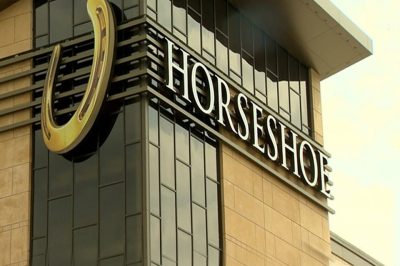 The Horseshoe Casino in Hammond could be sold to a new casino operator by the end of 2020 to meet a condition issued by the Indiana Gaming Commission in terms of the acquisition of the casino’s parent company.

Several days ago, the Indiana Gaming Commission’s members unanimously agreed to give the green light to Caesars Entertainment Corp. to carry out the financing and purchase of Eldorado Resorts Inc. Under the deal, estimated at a total of $17.3 billion, several properties of the two companies, including the Horseshoe Casino in Hammond, Anderson-based Harrah’s Hoosier Park Racing & Casino, Caesars Southern Indiana Casino in Elizabeth, Shelbyville-based Indiana Grand Racing & Casino and Tropicana Evansville, are set to be operated under the same umbrella. The merger agreement is expected to make Caesars Entertainment Inc. owner of between 50% and 60% of Indiana gaming revenues.

The gambling regulatory body of the state of Indiana, however, placed a condition in order to give its approval to the deal. Under that condition, the combined company is required to divest three of its casino operations in the state by the end of 2020. The members of the Gaming Commission have shared their concern that the approved merger deal would lead to a significant economic concentration in the gaming sector of Indiana by combining Eldorado’s Tropicana Casino and the four properties of Caesars Entertainment. 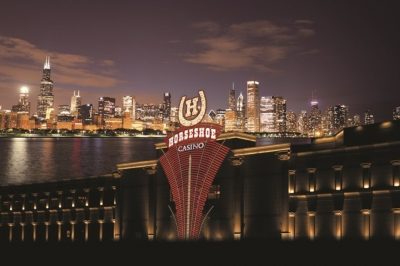 Under a 2019 state law, the Indiana Gaming Commission has the right to take some licensing in consideration, whenever it finds that a single gaming entity could potentially dominate the casino industry in the state in a way that would suppress competition and have a negative effect on gaming returns, economic development and tourism in the region.

According to records, the five casinos involved in the aforementioned merger accounted for almost 60% of the $590.8-million gaming tax revenue that was paid to the state of Indiana during the previous budget year.

The executive director of the gambling watchdog, Sara Tait, shared that its probe determined the prior purchase of the Evansville casino and gaming venues situated in other states resulted in fewer jobs and smaller gambling revenue. The Commission said the state of Indiana may feel the same impact in case the same happens at four additional Indiana casino facilities.

Eldorado officials previously shared with the company’s investors that the Indiana Gaming Commission would possibly place a requirement for the sale of two casinos in the state as a condition for the approval of the Caesars Entertainment purchase. According to previous expectations, the divestment would likely affect Elizabeth-based Caesars Southern Indiana and Tropicana Evansville. Some Commissioners shared an opinion that a post-divestment market share of 40% would still be too large, so they suggested that the watchdog should require the sale of a third casino, like Horseshoe Casino in Hammond.

The CEO of Eldorado Resorts, Thomas Reeg, asked the Commission for more time to complete the sale because of the negative economic impact that the coronavirus lockdown had on the company along with the market uncertainty in the Northwest part of the state, but he was unsuccessful.