The Assembly Budget Committee gave the green light to both pieces of legislation that were introduced in May 2020 and are focused on offering some relief to the struggling gaming industry in Atlantic City. The sector is approaching its third month of shutdown, with the closures set to proceed for an indefinite time because of the coronavirus pandemic, making the primary economic engine of Atlantic City unable to generate any money.

Now, the Senate version of the two bills called A4031 and A4032 and aimed at bringing financial relief to the city’s casinos has proceeded towards the State Government, Wagering, Tourism and Historic Preservation Committee. However, there are no upcoming dates scheduled for hearings at the Committee.

Assembly Majority Leader Louis Greenwald, who is one of the two bills’ major sponsors, explained that casino operators backed both the state and regional economies at the time when they were able to operate and employ thousands of people at their venues. Unfortunately, the closures of the local casino industry due to the coronavirus outbreak cast a shadow on the tourism industry of New Jersey and Atlantic City, respectively.

As Mr. Greenwald said in a statement issued at the beginning of the week, the legislation that passed through the Committee on Monday would be aimed at providing some financial relief for the industry that had been seriously hurt by the coronavirus pandemic. According to supporters of the two proposed bills, if the bills are turned into laws, they would help Atlantic City’s casino industry recover from the hard blow suffered during the lengthy shutdown and would bring stability for the thousands of casino employees who are now facing uncertainty. 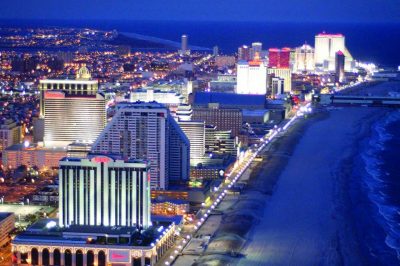 The State Governor Phil Murphy issued an order under which the nine casino hotels in Atlantic City were forced to stop operation on March 16th as part of the measures aimed at tackling the further spread of the Covid-19 infection. As a result of the casino closures, over 26,000 employees have been out of work.

The first one of the bills is seeking to allow temporary changes to some casino-related taxes and fees, along with making amendments to the existing law regarding promotional gaming credits by casino operators. The second piece of legislation will permit the state treasurer to offer loans that are free of interest to casinos that have paid the required quotes in lieu of taxes to Atlantic City during the coronavirus pandemic.

According to proponents of the proposed pieces of legislation, the local legislature needs to take some steps and develop a plan that would allow the region to restart the local economy as quickly as possible. On the contrary, opponents of the bills have shared concern that casinos would be getting financial help from the state at a time when average people were also finding it difficult to deal with the negative consequences of the crisis.

New Jersey casino licensees, however, say that turning the legislation into law will help the industry, which has been extremely important for the state, become more stable. According to the Casino Association of New Jersey, the measures would also support the safe reopening of the gambling properties as soon as the social isolation order in the state is lifted.