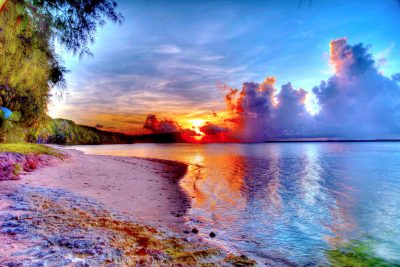 The Superior Court of Guam is expected to finally settle a long-standing case of gambling machine licenses. The Office of the Attorney General demands that all licenses should be revoked and all rules and regulations currently in place should be declared invalid.

The legality of gambling machines in Guam has been argued for several years but there has not been a development in the legal battle between the Office of the Attorney General and the licensees. The latest hearing on Thursday afternoon brought in the two parties to the courtroom where they made arguments on pending motions in the 2013 lawsuit filed by former Attorney General Leonardo Rapadas.

Back then, he said that the Department of Revenue and Taxation had issued 217 licenses for gaming machines in violation of the law. It was Governor Eddie Calvo who issued the order for handing out these licenses. The Office of the Attorney General, represented this Thursday by Assistant Attorney General Marianne Woloschuk, now asks the court to declare all rules and regulations considering gambling machines invalid, to revoke all licenses, and to prohibit any further issuing of licenses.

The defense included attorneys for license holders Guam Music Inc., Atlas Amusement Enterprises and Pacific Amusement. Gov. Lou Leon Guerrero’s administration and the Department of Revenue and Taxation director were represented by Sophia Diaz. They, of course, claimed that all licenses should remain valid. The court proceedings were presided by Judge Arthur Barcinas.

The legal battle continued for six years after the Department of Revenue and Taxation said that due to conflict of interest, the Attorney General cannot sue a government agency since he acts as a legal counsel for the government. In 2018, the Supreme Court of Guam, supporting Barcinas’ decision on the matter, ruled that there was no conflict of interest. On Thursday, Attorney General Leevin Camacho himself attended the hearing but was sitting in the area dedicated to the public.

Gaming Regulations and All Licenses Issued Under Them May Be Invalid 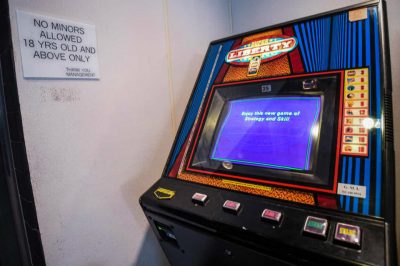 The Attorney General claims that the current gaming rules and regulations are invalid because they were submitted by the Department of Revenue and Taxation to the Legislature but did not comply with the Administrative Adjudication Law. According to Assistant Attorney General Woloschuk, the regulations have never been discussed at public hearings and no statements regarding the environmental impact have been provided.

There was an incomplete record regarding the gaming rules and there was no evidence that the legal procedure was done correctly, following the Administrative Adjudication Law, Woloschuk added. According to the Attorney General’s Office, around 1,200 gaming devices were licensed in 2008 in violation of the amusement devices licensing laws in Guam. This was followed by a lawsuit by the office against the Department of Revenue and Taxation and a second suit against the government agency by one of the licensees, Guam Music. The company wanted the licenses to be reissued. In 2012, the parties agreed on dismissing the case but soon, the Department of Revenue and Taxation once again decided to issue gambling licenses.

This prompted the case that is currently being under consideration by Judge Arthur Barcinas. He is expected to decide on the matter but another Supreme Court ruling will need to determine whether the gaming regulations in the U.S. island territory are valid or not.