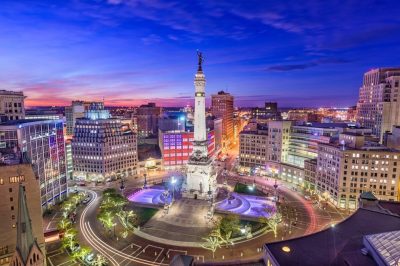 The re-election campaign of Republican Governor Eric Holcomb has been funded by an entity seeking to open the 14th full-fledged casino in the state of Indiana. According to recent reports, the operator donated $10,000 to Holcomb’s campaign in October 2019.

For the time being, owners and officers of state-regulated casinos are not allowed to make donations for candidates who run campaigns for state or local office under the existing Indiana law. Such actions are classified as a level 6 felony and are punished with a fine of up to $10,000 and an imprisonment sentence that could be up to 2.5 years long. Despite the recent criticism faced by both the entity and the candidate, the donation received by Mr. Holcomb seems not to be breaching any state laws.

The money has been donated by the Pokagon Band of Potawatomi Indians that currently operates the Four Winds Casino. However, neither the tribal land nor the above-mentioned casino is subject to state regulation for the time being. According to reports, that may change in the months to come, at least as far as the casino is concerned but for the time being, no laws have been breached by the tribe.

Currently, the tribe is still negotiating a possible gaming compact with the state of Indiana, under which it could be able to replace the 1,800 slot-style bingo machines situated at South Bend with actual slot terminals, casino table games and sports betting options.

The executive director of the Indiana Gaming Commission, Sara Tait, has been designated to lead the negotiations on the gaming compact which the tribe has been seeking. So far, Ms. Tait has not been willing to share more information about the status of the negotiations. 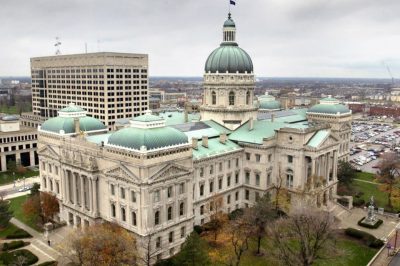 A couple of months ago, the Pokagon Band of Potawatomi Indians revealed plans to construct a 23-story hotel tower adjacent to its casino, along with other non-gambling facilities, such as a meeting space, a convention center, a spa, etc. In case that a compact is agreed, the Four Winds casino would become a rival to the existing five commercial casinos and their gambling and hospitality facilities at the Northwest part of the state. Apart from that, it would also be the only casino in Indiana that would be legally able to make monetary donations to candidates who run political campaigns in the state.

In case that a compact between the state of Indiana and the Native American Tribe is reached, it would be subject to a public legislative process under the state law.

As mentioned above, the tribe made a $10,000 donation to the Holcomb campaign on October 18th, but that was not a first. According to state campaign finance records, on November 3rd, 2016 and September 17th, 2018, two other $10,000 donations were made in favor of Eric Holcomb, making him the largest recipient of donations by the Pokagon Band of Potawatomi Indians.

Although some campaigners have criticized the links between the re-election campaign of Mr. Holcomb and the financial donations of the tribe, Kyle Hupfer, the Indiana campaign manager of Holcomb, said that everything about the donations has been transparent, and the contributions have been reported within seven days of the receipt.