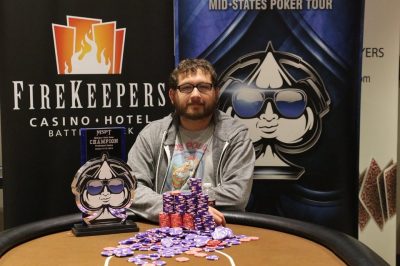 The 2019 MSPT Michigan State Poker Championship returned at the FireKeepers Casino for the three days between October 10th and 13th, marking a record-breaking live poker event.

The event, which was officially unveiled in August 2019, featured three starting flights and a massive $1,000,000-million guarantee. This year, it attracted a total of 1,615 entries, who boosted the overall prize pool of the event to $1,565,066, which turned it into the biggest poker tournament in the history of the state of Michigan.

Bobby Noel, 31, emerged as the winner of the tournament and claimed the title and the first-place prize that amounted to a total of $262,145. The monetary prize is Noel’s personal best, as his prior best result was the $136,625 prize for his second place in the 2018 HPT Championship. The 31-year-old player’s all-time live poker winnings before his MSPT first-place ranking amounted to $305,584.

After the victory, Noel himself explained that he had taken part in the MSPT Michigan State Poker Championship for the first time, but he would probably come back and participate in the tournament again. He also shared that it was the hardest final he had ever taken part in as a poker player. 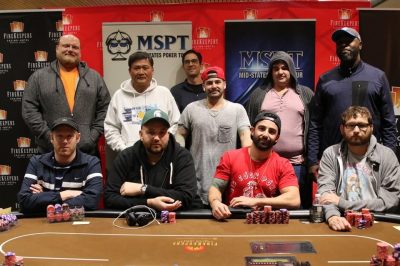 On his way to winning the tournament, Noel managed to defeat a former MSPT winner, as well as a World Poker Tour (WPT) winner.

As mentioned above, the 2019 MSPT broke records, as it gathered a total of 1,615 entrants at the FireKeepers Casino. After the three starting flights, Day 2 saw only 211 of them return to action, and only 171 of them got a monetary prize for their efforts. Some of the players who failed to finish in the money were Nick Manion, a WSOP Main Event finalist and Kou Vang who has his name in the MSPT Hall of Fame. Brandon Sinawi became the bubble boy and did not manage to finish in the money for that.

The 31-year-old Bobby Noel emerged victorious from the 2019 MSPT Michigan State Poker Championship, claiming a prize of $262,145. His last standing opponent, Ralph Massey remained as the runner-up, scooping a $161,200 portion of the overall prize pool. Keven Stammen occupied the third place in the ranking, taking home a monetary prize pool portion of $122,074.

Elliott Hebden remained fourth, followed by Isaac Kratchman. The sixth place in the ranking was taken by Justin Pease, while Hyung Cho and Erik Koch got to the seventh and eighth positions, respectively. Dapreesch Scates and Aaron Massey were at the bottom of the final table ranking, as they left ninth and tenth, respectively.

The tenth season of the Michigan State Poker Championship is set to continue soon, with the next event of the tournament being set to take place at the Meskwaki Casino from November 1st to 3rd.