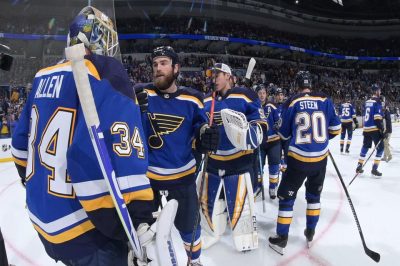 FanDuel revealed that it has decided to get St. Louis Blues’ fans money back after the latest goal which brought controversy to the Game 3 finish.

Using its Twitter account, the company revealed an honorable decision under which all fans who placed a single moneyline bet on St. Louis Blues will have the money wagered refunded in site credit. The respect-worthy move is to make sure that FanDuel would not draw profit on the controversial missed call in overtime of Game 3.

According to experts, the Sharks’ overtime winner came after a hand pass, making the disappointment of the Blues’ fans understandable. Fans have also been calling for significant rule changes to be brought to the league.

We have to hand it to the Sharks, they're unwavering grit made for a thrilling Game 3 finish.

However, due to the controversial nature of San Jose's OT winner, we're refunding all St. Louis ML bets from last night's game 💰

Blues fans, #PlayGloria and we'll see you for Game 4! pic.twitter.com/VeSiocYLX7

The St. Louis Blues lost the game because of the missed hand pass which led to their opponent’s game-winning goal in their third game of the Western Conference Final which took place on Wednesday night. The Blues would not be able to get the game back, so the defeat hit them hard, as they now trail 2-1 in the series.

Fortunately for the club’s fans, there is one good thing in the situation being as unfortunate as it is. The St. Louis Blues’ fans who placed a moneyline wager on their favorite team would be able to get their money back because of the controversy surrounding exactly the final sequence of Game 3. 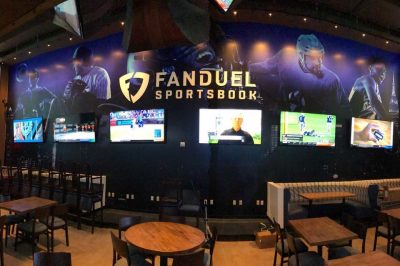 During the Game 3 overtime, Timo Meier clearly used his hand to help his team gain possession, which eventually led to the game-winning goal of Erik Karlsson.

The existing rules of the National Hockey League (NHL) allow some discretion by the on-ice officials, but Meier’s hand play was clearly something which gave the Sharks an advantage to their rivals, which gave them the opportunity to retain possession in the attacking zone. There should have been a stoppage for the hand play, but it seemed that no one from the officiating crew saw a problem with that. Even more disappointing for the Blues’ fans was the fact that the play was not eligible to be reviewed, as the hand pass had not directly led to a goal.

The @SanJoseSharks take a 2-1 series lead with @ErikKarlsson65's second of the night. #StanleyCup pic.twitter.com/wEM36Zsgu6

The decision of FanDuel to refund the players who made moneyline wagers on the Blues is worthy of respect. Still, such types of refund actions have not been that uncommon for sports betting operators lately.

Despite the fact that the gesture is considered an act of goodwill toward the operator’s customers, sportsbooks care for their public image and compete with each other to demonstrate how they care about players to bet with them. The move of the daily fantasy sports operator surely guarantees free publicity, apart from some happy customers who may remain disappointed with the outcome of the game and their favorite team’s loss but will at least get their money back.