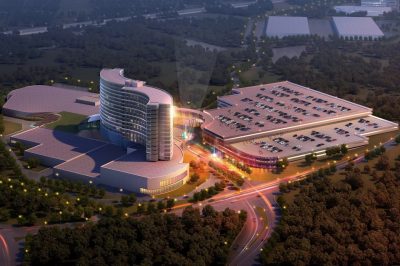 Last week, President Trump used his Twitter account to address a House Bill which would allow an Indian tribe in Massachusetts to take control of 321 acres of land which the tribe wants to use for establishing a casino venue.

The President did not approve of the proposed piece of legislation, because according to him, the bill is not fair and does not provide equal treatment for the Native Americans. It is a bit unusual for Presidents of the US to get involved in local arguments but still, Trump decided to share his position on a measure which has found strong bipartisan support in the local legislature.

The House Resolution 312 and the favor it provides for the Mashpee Wampanoag Tribe remain an interesting issue, despite the fact that on the surface the matter only seems like a simple argument between the parties who want a casino and who do not. As previously reported by CasinoGamesPro, the Mashpee Wampanoag Tribe is willing to build a casino venue in the southeastern part of Massachusetts. In case that the Federal government rules in favor of the tribe, saying that the piece of land is part of its sovereign property, the gambling establishment would be exempt from a number of taxes.

However, some residents of Taunton, where the casino is set to be built, started legal action over the project. After the Native Indian Tribe started the construction of the gambling venue, a federal judge ruled in favor of the residents because of the land’s historical background. 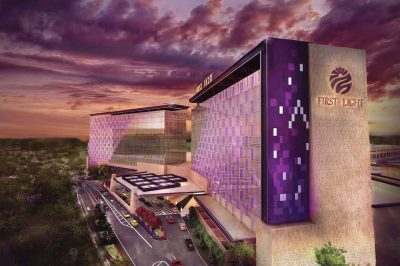 According to some analysts, the tweet of the President has been provoked by a network of Trump-related interests. On the first place, the tribe’s site is located less than 20 miles from Rhode Islands, and state lawmakers do not seem rather happy with the perspective of a new competitor of their two casinos to appear. Both casinos are currently operated by Twin River Worldwide Holdings, a public company which is known for its strong ties with President Trump.

George Papanier, who is the president of Twin River, once occupied the position of a finance executive at Atlantic City-based Trump Plaza casino hotel. Not to mention that Trump himself has spoken of Indian tribes ventures’ competition to the Atlantic City casinos, calling them the biggest scandal ever.

In the new Mashpee casino case, the operator of the two above-mentioned Rhode Island casinos, has hired Matthew Schlapp, who currently heads the American Conservative Union and is known for supporting President Trump’s policy, to lobby for Twin River on the land-related issues. In addition, the wife of Mr. Schlapp is the director of strategic communications at the White House. Despite the connection, Schlapp still claims that there is no connection between him being chosen for a lobbyist and his and his wife’s relationship with Trump administration.