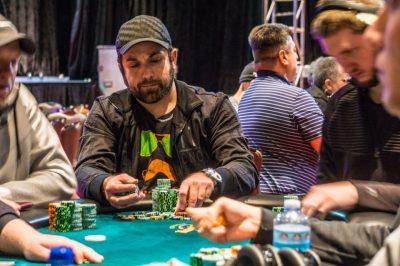 The second day of 2018/19 WSOP Circuit Seminole Coconut Creek $1,700 Main Event is over, with Jason Young proceeding to the Final Day of the event as a chip leader.

After the two starting flights saw a total of 805 entries, only 171 of them returned to Day 2 of the Main Event, with many notable players not being able to finish in the money, including Timothy Miles, Brett Pader, Charles Johnson, Ryan Van Sanford, and WSOP bracelet winners Leif Force and Tristan Wade.

The 805-entry field accounted for a total prize pool of $1,219,575. As mentioned above, only 171 of them survived, only the first 81 of whom are to get money portions. Once the bubble was burst, the remaining player field was quickly reduced, with some big names dropping without making it to the final day of the $1,700 Main Event.

Day 1B of the @WSOP Circuit @CasinoCocoPoker Main Event draws 452 entries; 91 survive the day, led by Brian Altman's 387,000 in chips. Altman leads all 171 players who will return for Sunday's Day 2 action. https://t.co/wnkxel4s7U pic.twitter.com/SmIGVH97Pe

Now, 15 players are to head to the third, and Final Day of the WSOP Circuit Seminole Coconut Creek Main Event. Jason Young is to start the day as a chip leader, holding 4,115,000 in chips and having a considerable advantage to his competitors, as he is the only one who is entering Day 3 with a chip stack above the four-million mark. Zach Donovan is currently second in chips, which a stack of 3,140,000. Sokchheka Pho, who already has one WSOP Circuit ring is third, with 2,500,000 in chips. 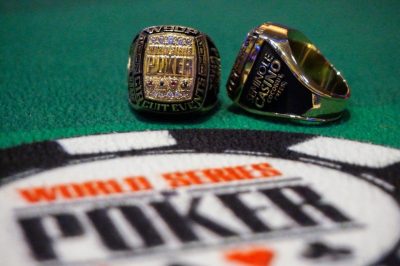 The 15 remaining players in the Main Event competition are now guaranteed a minimum prize pool portion of $15,062. They are to compete for winning the first-place prize of $243,916 and the WSOP Circuit ring, as well as for a free entry to the 2019 Global Casino Championship.

The Main Event at @WSOP Circuit @CasinoCocoPoker is nearing its three-table redraw, with Jason Young and Mark Dube neck and neck for the chip lead. https://t.co/5ZGOEsTFYb

Meanwhile, the Seminole Coconut Creek stop of this season’s WSOP Circuit saw another iconic event brought to an end a couple of days ago. Jamaica’s native Curtis Daye took down the High Roller event, making his first Circuit cash and gold ring. The $73,500 is the largest cash prize of Daye’s poker career so far, as well as his first major win not only in the Circuit but in any poker series, too. Daye, who currently lives in the greater Miami area, has a number of other tournament cash prizes but still describes himself as a “recreational” poker player.

Day 2 of the @CasinoCocoPoker High Roller begins at 2PM!

Registration remains open until cards are in the air.

Daye managed to emerge victorious from the 70-entry field that accounted for a total prize pool of $210,000.

With Curtis Daye finishing first, Philip Hui remained on the second position in the Seminole Coconut Creek High Roller’s ranking, taking home a cash prize of $45,421. Jonathan Kramer remained third, getting $30,116 for his efforts. The fourth place was occupied by Dominique Mosley, while Anthony Utnage got fifth. The sixth and seventh places were occupied by Chad Eveslage and Samuel Ganzfried, respectively.