Danville, Virginia Could See Its First Gaming Room as Early as January or February 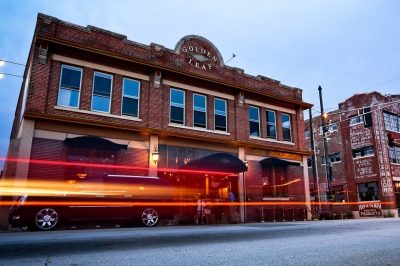 January 2019 could see the opening of a gaming room with an adjacent retail store and a sandwich shop on Westover Drive in Denville, in the state of Virginia.

One of the partners who own the place, James Shaw, has revealed that he hoped to see the opening of The King’s Cudgel take place in January or February. The business, which is situated in close proximity to Sunrise convenience store, would include a tabletop, virtual reality options along with Xbox and Play Station games, as well as a retail store and a sandwich shop.

Mr. Shaw, his wife, and their partner John Riggins have aimed at bringing a family-friendly gaming room to the city. They have pledged that no alcohol would be served and no gambling activities would be allowed at The King’s Cudgel. In his application to the city, Mr. Shaw also said that the Wi-Fi connection of the store would be set to a service under which all out-of-state gambling sites would be blocked.

The owners of the place applied for a special-use permit. They have confirmed that such permission would eliminate the need for construction which would bring changes to the building’s nature.

During its vote which took place on December 12th, the Danville Planning Commission backed the application to recommend approval of the special-use permit by the Danville City Council with 5 to 0 votes, with one commissioner abstaining from the vote and another absent at the time.

Danville City Council to Hold a Public Hearing on the Proposal 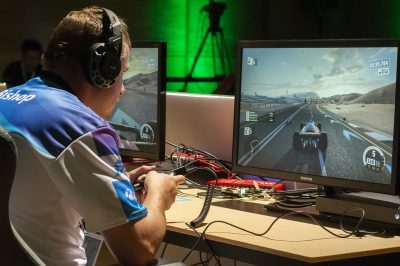 A public hearing on the special-use permit application is set to be held by the local City Council during the council’s meeting on Thursday night. After the hearing, a vote on the issue is to be carried out.

The idea of the family-friendly gaming room emerged after Mr. Shaw realized that people who were keen on gaming had to travel 35 miles to get to a specialized gaming room outside the location. He and his partner simply wanted to open such a facility in Danville in order to provide local residents with a place where they could go with friends and simply have a good time.

The city of Danville sent 32 notices of the special-use permit application to property owners within 300 feet of the proposed gaming facility. Eight of them returned statements in response, with six of them being okay with the request and the other two being against it. One of the property owners who opposed the gaming room request wrote in her response that the neighborhood had already been affected by youth activities “in a harmful way”.

As mentioned above, the proposed gaming room would offer both tabletop gaming and virtual reality gaming and Xbox, Play Station and Nintendo games. The retail area will be open for all customers to browse and purchase video games. The property building contains three units that are interconnected, with two of them, situated on a total of 2,400 square feet, are planned to be used to host the game room and the retail store. The third unit is planned to host the sandwich shop, where the place’s visitors would be able to choose from an assortment of sandwiches, hot dogs, salads and various non-alcoholic drinks.