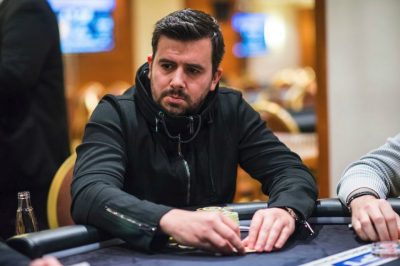 The final festival of this year’s European Poker Tour series is in full swing now, with many notable players heading to the tables in an attempt to conquer a champion title. The €50,000 Super High Roller is undoubtedly one of most exciting events in the series and saw its Day 2 commence with Hungarian player Andras Nemeth in the chip lead.

Nemeth succeeded in prevailing over a total of 28 entries during Day 1 to conquer the lead and bag 1,817,000 in chips. The end of the first day saw the Hungarian player rake in a huge pot against opponents Lucas Greenwood and Orpen Kisacikoglu, with the flop showing [6s][Qs][4c].

Nemeth called Kisacikoglu’s shove for 131,000 in chips with suited ace-deuce forcing Greenwood to play for his entire remaining stack. The Canadian player ended up mucking his hand with a sigh after brief rumination. The [5d] on the turn further increased the Hungarian’s chances against Kisacikoglu’s off-suit queen-six. Nemeth rivered a [3c] to complete his straight and knock his Turkish opponent out of the tournament. The Hungarian was followed by Vietnam’s Tuan Tran and Austria’s Matthias Eibinger, who finished the evening with 877,000 and 818,000 in chips.

Nemeth is hardly a stranger to success when it comes to major tournaments. The player is well-known in online tournament poker where he competes under the alias “probirs” and has so far registered over $7.3 million in tournament earnings. His most recent big win took place this past spring when he conquered the $25,000 High Roller at the 2018 SCOOP, earning his third SCOOP title and $576,000 in winnings. 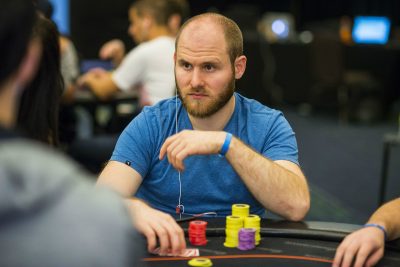 Day 2 of the EPT Prague tournament with this week’s biggest buy-in started today at noon local time, with registration remaining open until the first card hit the felt. Each new participant started with a stack of 250,000 in chips. Blinds during the ninth level reached 3,000 and 6,000 but the big blind comes with a 6,000 ante which means players have about 42 blinds for their buy-ins of €50,000.

The €50,000 Super High Roller event’s second day attracted the action of many notable poker pros, with the field eventually swelling to 40 contestants, including big names like Steve O’Dwyer, Timothy Adams, Sam Greenwood, Juha Helppi, and Germany’s Stefan Schillhabel. Some, like Kisacikoglu and Luke Reeves, re-entered from the previous day.

They were joined by new entries Patrik Antonius, Benjamin Polak, Michael Soyza, and Charlie Carrel, whose last live tournament took place over a year ago when the young Brit finished 9th in the WSOPE High Roller for One Drop event for €295,131 in prize money.

Chip leader Nemeth continues to rule the tournament during the second day of play. The Hungarian lost a pot against Rui Ferreira who prevailed over Nemeth with suited king-ten and completed his two pair of kings and tens. At the moment of writing, the field has dropped down to 16 entries, with chip leader Andras Nemeth increasing his starting stack to the impressive 2,200,000 in chips.