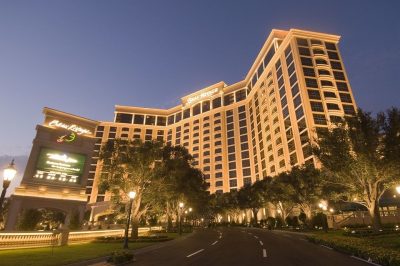 Mississippi’s casino field is experiencing quite the changes at the moment as a leading venue’s workers demand changes to be applied to their current employment conditions. People working at the Beau Rivage Resort and Casino in Biloxi have managed to arrange their inclusion in a union which would guarantee them better work conditions over the span of the following 5 years.

Being included in a union is a benefit which makes one’s employment much more hassle-free and ensures that the workers have their rights protected at all times. Unions make sure that their pension funds and health insurances are covered in the most favorable manner possible. Some 1,300 people hired at the casino resort in Biloxi have officially become part of the large structure of the Council, as this would have its impact on their operation in the following five years.

With the help of this recently arranged agreement, workers would be able to witness a considerable increase in their salaries which has been among the most demanded changes across the national casino field, proved by recent Las Vegas resorts workers’ demands. The agreement was publicly announced by casino developer and operator MGM Resorts and the Council, jointly planning to reshape the following five years when it comes to workers employment conditions.

People currently working in the dining area of the resorts as well as the staff taking care of the accommodation offerings available on site would be directly affected by the changes taking place, set to happen in the foreseeable future. The new contracts would feature retroactive changes applied to the wages of workers, set to affect their payments back to 1st April. With the help of this new arrangement, the minimum hour remuneration would now amount to $10. The following years are also set to witness jumps in the wages which would be further disclosed as time progresses. 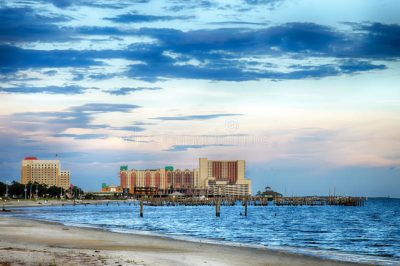 Up until the end of the five-year arrangement, workers who usually do not experience the added benefit of tips would welcome an additional $2.27 over the span of every single hour of work. For those eligible to tips on a regular basis, the jump would amount to $1.26 more per hour. The years ahead of 2022 would see the largest salaries jump ever claimed in the region of the Gulf Coast, directly impacting employees of the casino resort in Biloxi.

However, the new conditions would not cover all of the workers currently operating on site, as there is a total of 3,200 people employed at Beau Rivage Resorts and Casino. Those employees opting for the benefits of the union would have the chance to experience the benefits of the provided health plan and be eligible to it from October. The MGM Gaming Workers Council is aiming to provide an all-encompassing protection for the workers unionized by it with the help of the three unions it includes in itself.

The first one is the International Union of Operating Engineers Local 406, representing workers in the states of Louisiana and Mississippi from a wide range of fields, including the gambling one. Another union part of the Council is the Unite Here Local 23, established in 2009 and covering the best interest of more than 20,000 workers across the states of Texas, New Mexico, Mississippi, Utah, among others. The third and last union part of the Council is the International Brotherhood of Teamsters Local 891 which also has the main objective to include workers willing to have their voice heard at the workplace.

Following the recent statement adding this third casino resorts to the count, there are three facilities unionized in the Gulf Coast. IP Casino Resort Spa in Biloxi is another location unionized by Unite Here back in 2016, which saw less than half of its employees joining in the organization. Employees of Harrah’s Gulf Coast Casino are also part of the union. The upcoming weeks are also set to be beneficial for the operation at Beau Rivage as sports betting is already in full swing in site ever since the beginning of August and the 2018 NFL season is set to commence this week.

With the help of the sports book players would have the chance to place their bets on major events ranging from the NFL, NBA, NHL, MLB, as well as collegiate sports which have also been added to the range in the state of Mississippi. Casino patrons would also have the chance to wager on sports events in progress around the globe, boosting the levels of interest and attendance to the venue.