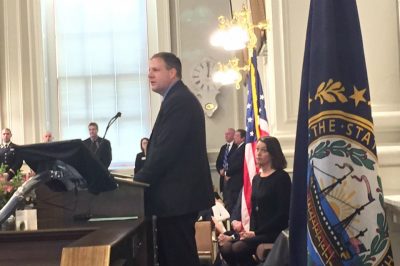 The liberalization of the online gambling market (and namely poker and casino) in the United States had a bumpy ride, but a progress is already apparent in New Hampshire, where online lottery is soon to be introduced as a legal activity.

Online gambling could not enter the markets of most of the states in America, except Nevada, Delaware, and New Jersey due to the great opposition, which the idea met over the years.

In fact, the main opponents of online gambling to be legalized in other American states are mainly owners of land-based casino facilities, which places fears that the online gambling industry will affect their income by “stealing” their customers. But these forces could not manage to stop the online lottery, which is going to be introduced soon in New Hampshire.

It was the previous month, when New Hampshire Gov. Chris Sununu agreed to allow the New Hampshire Lottery to offer online products. He signed a document, which authorizes the provider to operate legally throughout the state. This means that New Hampshire is the fifth state, together with Illinois, Georgia, Michigan and Kentucky, in which the online lottery is legal.

It seems that the way for the online lottery legalization is already paved in the state, as it was explained that a law is expected to be adopted as early as the next year.

Nevertheless, it is not only New Hampshire which is on the brink of introducing online lottery to the players. It seems that this tendency is spreading fast, with the potential for Pennsylvania to follow the blueprints of all the aforementioned states, in which online lottery is legalized.

The chances for the online lottery to enter the markets of more and more states raised a question regarding players’ safety. It was explained that online lottery safety measures are strong enough to keep the players’ interests intact.

One of the great concerns, which all the 4 states faced before allowing online lottery sales, was the possible negative impact on the land-based casinos, which the online lottery may have. Surprisingly, the experience shows that online lottery appears to be an additional product, which does not affect the brick-and-mortar casinos in any way.

Thus, New Hampshire is steadily heading to introduce a law, which liberalizes the online lottery in the state. In that way, the local government will attract a new flow of money to its treasury, generated by the online lottery sales. The whole procedure is expected to be finalized by the next year.