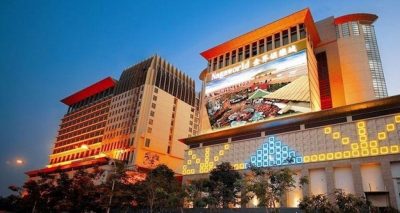 NagaCorp Ltd. should prepare to pay an additional US$16.6 million this year. The Cambodian casino company will have to pay this amount of money on non-gaming taxes in relation to the operation of NagaWorld, the company’s flagship casino resort.

This decision comes as a consequence of the audit of NagaWorld, ordered by the Cambodian government, aiming to assess its tax liabilities on non-gaming operations. The casino resort located in the Cambodian capital Phnom Penh was audited, because there have been discrepancies found last year. The government found out that the casino needs to pay more in taxes and an audit was proven necessary. Ros Phirun, Deputy Director of the Finance Industry Department at the Ministry of Economy and Finance, stated that the final figure for the additional non-gaming tax would still be subject to negotiation with NagaCorp.

The Deputy Director said that NagaWorld will be a subject of regular checkups and from now on and for every year they will make the corporation pay at least US$16 million for their non-gaming operations. This is the only fair way to treat a company with such a big profit per year and it only makes sense that the control be stricter. According to recent information, NagaCorp has seen a 20.30 percent year-on-year increase in its revenue, which amounts to US$150.6 million for the first six months of this year. The company posted its information on the 30th of June and stated that the growth was because of a 39.6-percent jump in gross gaming revenue. This equals to US$386.8 million in net profit at NagaWorld.

Respectively, the non-gaming revenue increased by 29.8 percent year-on-year, which means it was US$14.8 million for the first half of 2017. NagaCorp explained that the reason behind this growth is the higher occupancy and average room rates in the hotel premises. Another explanation might be the fact that the company has made an effort to improve the performance across all the food and beverage outlets available on site. In its Monday filing the Hong Kong-listed company stated that it had no awareness of any additional tax obligation on non-gaming operations to this point this year.

In relation to the fact that there might be an increase in the rates of the taxes for the company’s operations, Tim McNally, NagaCorp Chairman, told media outlets that what needs to be taken into account is the fact that Cambodia needs to maintain a competitive advantage in keeping a reasonable kind of tax base. This will only help the regional competition and make it thrive. The company announced that in 2016 it paid a gaming obligation of US$410,987 per month to the government, on the grounds that a gaming law has yet to be promulgated.