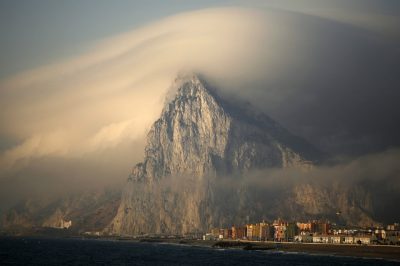 Located on the Southern tip of the Iberian Peninsula, Gibraltar is the 6.7-square-kilometer British Overseas Territory that has been a constant point of contention in the relations between the United Kingdom and Spain for years now.

Although defense and foreign relations are still controlled by the British government, Gibraltar is nowadays a fairly independent territory with its own active government, its own legal and taxation system, and, in the context of what CasinoGamesPro focuses on, its own well-functioning online gambling industry.

Since 1997 when Victor Chandler moved the headquarters of gambling operator BetVictor from UK’s mainland to Gibraltar to escape unfriendly tax rates, the Iberian Peninsula territory has gradually grown into the home of some of the major British bookmakers. The Government of Gibraltar has so far issued 30 remote gambling licenses, once again it is important to note that some of the major industry names are license holders.

The territory’s operator-friendly taxation system is what has turned it into a favorite spot for doing business at an international level. With Gibraltar being member of the EU due to its status of a British Overseas Territory, Internet gambling licenses from the local authorities make it possible for holders to operate in EU Member States, if their laws allow that.

Under the current taxation regime, licensees that provide sports betting services to customers are taxed at 1% of annual turnover. Casino operators are required to pay 1% of gross gaming yield or gross profit. The taxes implemented are minuscule when compared to those in other EU jurisdictions.

The importance of Gibraltar’s gambling industry to its overall economy has become huge. Online gambling currently constitutes around 25% of the territory’s GDP, a figure that illustrates adequately the above statement.

Among a great number of other important things, last year’s Brexit vote spurred fears about what would happen to Gibraltar’s gambling industry once Brexit becomes a fact. Officials Brexit negotiations began less than a month ago and they are still in a very early stage, not to mention the fact that they are carried out in a time of political havoc in the UK. More light on the future of Gibraltar is yet to be shed.

However, many believe in the possible scenario of the territory leaving the European single market and thus losing its allure to gambling companies.

As an overseas territory of the UK, Gibraltar had the right to cast its vote in the Brexit referendum. And 96% of those who voted there did not want the UK to leave the European Union. However, the overall Leave vote may harm the territory’s model for economic success, including the success of its gambling industry.

That success is extremely dependent on the fact that Gibraltar is a member of the EU. As such, it is able to participate in the free movement of services across the union. If it leaves, its cross-border economic model will no longer work so feasibly and successfully.

Another important thing to take into account is the fact that for decades and centuries now, Gibraltar has been the reason for considerable territorial tensions between the United Kingdom and Spain.

Spain has been trying to assert sovereignty over the territory on so many occasions that these cannot be counted, and may have sometimes been quite extreme in its stubbornness. Gibraltarians have rejected that claim in the past, but there is no doubt that the Spanish government will try to take advantage of the weak spots the Brexit vote has created to reassert its sovereignty demands. There is no exact answer to how exactly this would affect Gibraltar’s gambling industry, but any overall uncertainty and any turn of events undesired by those living, working, and doing business, gambling business included, within the territory will be pulled out of their comfort zone.

It was in mid-June when the Court of Justice of the European Union issued its ruling on the legal dispute between Gibraltar and the UK over the implementation of the so-called Point of Consumption Tax back in late 2014.

Generally speaking, said tax requires all UK-facing gambling operators to pay 15% on their full-year gross profit. Gibraltar contested that decision in several courts until the matter was brought to CJEU. According to the Gibraltar Betting and Gaming Association, UK’s new tax regime violated the Treaty on the Functioning of the European Union. Under Article 56 of the Treaty, it was prohibited for “restrictions to provide services” across the EU to be implemented.

Under CJEU’s ruling, disputes of this nature between Gibraltar and the UK should be considered ones happening within a single EU Member State. In other words, the overseas territory’s claim lost ground.

The closure of the Point of Consumption Tax case resulted in a decision confirmed by the Honorary Albert Isola MP that would see Gibraltar “modernise and consolidate” its existing gambling taxation system. The local politician pointed out that the purpose of the move would not be to increase the existing charges but to bring them in line with the current gambling environment.

It all shows that despite the growing uncertainty and political indecision, Gibraltar is committed to retain its gambling industry and its status of a preferred licensing destination. It is yet to be seen whether it will be able to do so in the years prior to Brexit and in the post-Brexit era.