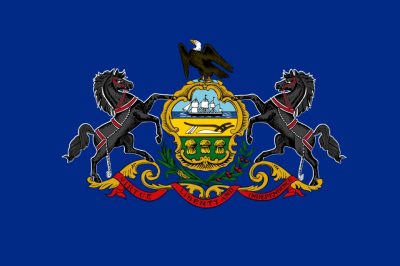 Pennsylvania is slowly, but surely, advancing to regulated online gambling market as on 30th June both the House and the Senate voted a spending bill, which is expected to bridge the gaps in the depleted state’s treasury, outlining online gambling industry as a potential lifeboat for the state’s economy.

The state invested frantic efforts, aiming to pass a bill, which removes the restrictions on online gambling. The major piece of the puzzle is for the bill to set adequate taxes and rates, which will be both under the means of the casino operators and, on the other hand, able to meet the urgent need of money flow in the state’s coffers.

On top of all, such a major change in the legal framework of the state needs to come with a whole package of preventive measures, concerned to protect all the included parties from possible illicit activities.

Thus, the bill was amended a couple of times until it finally managed to find the happy mean. Long story in short, the House tried twice to pass an online gambling bill, but the Senate did not deem it appropriate, as it had a different opinion on the matter, video gaming terminals (VGTs) being the major Apple of Discord between the two.

But that is not the end of the PA’s online gambling affair, as the state currently meets significant financial troubles. It seems that 2017 will be the happy year for the online gambling supporters, as the officials started to see online gambling industry as a possibility to balance the budget deficit.

Many specialists explain that to legalize online gambling could be a smart move by the local officials, as the industry is operating anyway, regardless if it is claimed as illicit or not. Thus, the government can only benefit from opening the market, as this will contribute to the increase of money rolling into the state’s treasury.

Roughly estimated, Pennsylvania is expected to attract a gross gaming revenue of $364 million within five years only from online poker and casino. Further on the list come the licensing fees, which will start to fill the state’s treasury straight away after the deal is done. Not to mention that it will reduce the unemployment rate in the state.

However, Governor Tom Wolf expressed his concerns regarding the gaping hole in the budget. The state’s legislators introduced a spending bill before the end of the session on 30th June. Nevertheless, it seems that the legislators will enjoy a shorter break, as they need to provide details on the cut-costs plan.

This, on the other hand, opens a great potential in front of the online gambling industry, as it seems to be a good opportunity to plumb the gaps in the state’s budget. The future of the online gambling industry is yet to become clear, but it seems that there is a light at the end of the tunnel for it. Hopes are placed that somewhere this week the legislators will continue crafting the saving plan.