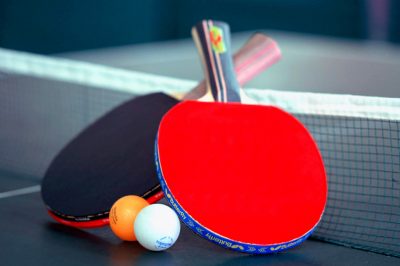 The Chinese Table Tennis Olympic legend Kong Linghu is dragged into the court by the Singaporean Marina Bay Sounds resort, facing a court case for unpaid gambling debt borrowed in 2015, estimated to be SGD1 million, including interests.

The Chinese table tennis legend, Kong Linghui who brought home more than one medal from the Olympic games was reported to owe SGD1 million to Marina Bay Sounds (MBS). The sports figure is the coach of the country’s national women table tennis team. Now, the public figure faces the court, which definitely affects his reputation in a reverse way.

In fact, it was reported that the table tennis star signed an agreement with the resort for a S$1 million loan, but he paid only part of the money, which he needed to give back. The writ says that Kong needed to pay S$454,375 more, before his debt to the resort is paid. Now, this amount of money is way higher, due to the interest which was added to it over the two years. Thus, the player turns out to be sued by MBS.

In response to the accusations and attacks, directed to Kong, he explains that he needed to give his personal information to the casino in order to get the chips. But he refuses any allegations that he had ever participated in any gambling practices, stating that the chips were for his friends, who wanted to play. The player released this information by use of the social media.

According to some, the player fears the public opinion on the matter. He totally rejects to even know about this debt and promises to defend his reputation with legal measures. Furthermore, it became clear that the table tennis coach feels guilty about the negatives, which his team will need to suffer due to his unfavorable current reputation.

Despite his apologize, the 41-year old table tennis star was suspended from his position of a coach, accused of spoiling the discipline of the sports traditions.

Many people expect that the case will be whitewashed by the authorities, simply because a sports figure is involved in the scandal. Moreover, it is not the fist case, when a public person engages in illicit deeds in China.

Marina Bay Sounds resort is run by U.S.-based casino operator Las Vegas Sands Corp. based in Singapore, the resort has always been under the spotlight on the Chinese gambling scene. This time does not make an exception. It is yet to be clear who is right in the situation and if it is only one big misunderstanding or Kong really participated in gambling practices.