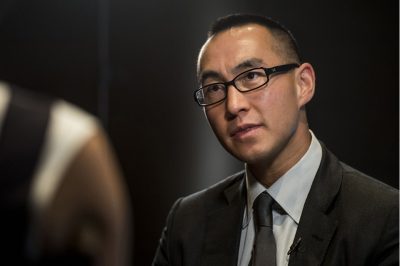 Melco Resorts and Entertainment Ltd plans a future project to build a new casino resort, but contrary to all expectations, the Chairman and Chief executive of Melco Resorts, Lawrence Ho Yau Lung expressed his preferences for the plan to be realized in Osaka, instead of Tokyo.

The capital of the country remained on the backstage in the competition for the casino project. In an interview, Mr Ho explained that the building of a casino resort in Tokyo is pointless simply because the capital of the country is popular enough. By choosing another big city such as Osaka, he aims to increase the level of its popularity and establish it on the market like a tourists destination. What is more is that Tokyo hosts most of the commercial giants, which definitely deviates the spotlight from the future casino resort.

In fact, Osaka is placed in an attractive region, which is seen to need only a pinch of development to deploy its true potential. Thus, the building of a casino resort is expected to improve the city’s perspectives and also underline the presence of a casino resort. After the authorities voted “for” the liberalization of the gambling industry in the country and the restrictions were revoked in December last year, the casino operators were given a green light for any casino projects.

This opportunity provoked the appetite of many casino giants, who are struggling to win the battle for the right to establish a gaming facility in Japan. Melco is one of the main rivals in the competition for a license. With $4.5 billion in revenue for the last year, it takes the fourth place among the biggest casino operators in Macau.

The head of Melco shared that he is ready to invest what is needed in the main aim to win the license. For that purpose, the casino operators will need to work hand-in-glove with the local companies, which are looking for further growth and submit a conjoint plan, which will be considered at a governmental level. The idea behind this conjoint work is to support also the local business.

In the meanwhile, Melco is busy to find its supporting partners in the battle for a license. However, it is not the only casino operator who is trying to attract partners. Mr Ho shared that he already came across some competitors, who were trying to attract the same companies on their side.

Besides having the reputation of a tourist destination, Osaka attracts the attention with the lower prices and fewer entertainments. That is the reason why the perspective to build a casino resort in Osaka is more lucrative than realizing the plan in Tokyo. It is not by chance that Melco is targeting namely Osaka, instead of Tokyo, promising to place all efforts in the battle for the license.