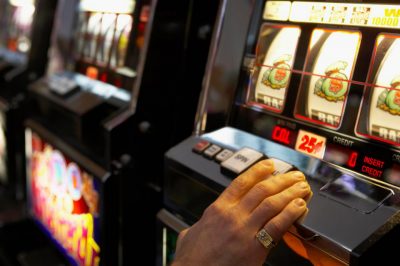 NetEnt Americas LLC has been announced as an authorized provider of games to the British Columbia Lottery Corporation (BCLC), gaining a license by the regulatory body of the province, known as Gaming Policy and Enforcement Branch (GPEB).

The gambling regulatory body of British Columbia and namely the Gaming Policy and Enforcement Branch (GPEB) has given a green light to NetEnt by allowing the company to operate on British Columbian land. According to Per Eriksson, NetEnt President and CEO, this is a very important step, which is a part of the development of the company. Obtaining that license gives the company broader market, where to offer its products.

This partnership is of use to both NetEnt and the British Columbia’s gaming sector, because it will further develop the sector and the company itself. What is more is that NetEnt is well-known with its qualitative and unique products, which the company releases on regular basis. Furthermore, it appears that NetEnt games are one of the most played.

As a matter of fact, the Canadian gambling market is split into different parts, which operate under the rules of different licenses. The British Columbia ranges as the third province in the list when it comes to the number of population, where the largest city is Vancouver. Thus, it is not a surprise that the products of NetEnt will be given broader publicity by reaching more people.

Up to now, BCLC has been in charge to provide sanctioned lottery games in British Columbia. For that purpose, the company relies on over 20 service providers, which are supposed to enrich the selection of games available on the market. The BCLC itself is owned by British Columbia and its revenues go to different supporting funds. That is why the collaboration with NetEnt is expected to increase the income by attracting more people.

The partnership between BCLC and NetEnt is a manifestation of trust, having in mind the strict gaming rules, which are in effect in that area. But BCLC has good grounds to rely on a provider such as NetEnt, taking into account its faultless background. Having enough experience in the trade, NetEnt is seen as one of the leading software providers on the market.

Being established in 1996, the software provider has developed many gaming solutions, including mobile-friendly and live-dealer games. Based on statistics data, the company collaborates with many casino operators all over the world.

The introduction of the NetEnt games is expected to be one of the most successful decisions of the gaming sector of British Columbia. It is seen as a source of fresh ideas, which will definitely contribute to the increase of revenue income and a bountiful selection of qualitative games.