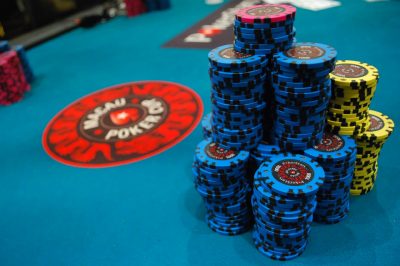 Iao Kun Group Holding Co Ltd estimated that the net loss for its gaming ops for the previous year is $215.0 million, while the net income in 2015 is $5.1 million.

Compared to 2015, the company reported a decline of 62% in terms of the rolling chip turnover, which expressed in figures means that Iao Kun Group Holding Co Ltd noted $2.4 billion rolling chip turnover in 2016 and $6.4 billion in 2015. The difference between the figures is not a surprise, considering that the source of the slowdown is hidden in the anti-corruption campaign, held in China.

Iao Kun is a business, which name can be found in the list of Macau VIP gambling room investors. Namely, Macau’s Gaming Inspection and Coordination Bureau is the initiator of the campaign. The regulatory body banned the use of phones on the gaming tables, which immediately means no betting via phone (also known as proxy betting).

Except for the ban on proxy betting, the campaign also put restrictions on the gaming credit by tightening it. This, on the other hand, led to the slowdown, which was witnessed by many companies, but the most feasible difference is observed by Iao Kun Group Holding Co Ltd.

Due to these restrictions, the company needed to cut the costs in order to enhance its performance. This led to the closing of four of its VIP rooms. This action is part of the so-called “comprehensive strategic review” presented by the company. The main purpose of this idea is not only to decrease the loss, but also to generate savings.

What is more is that the company started to conquer new fields by broadening its scope of work. According to Wang Shun Yang, the Co-chief Executive of LiNiu Technology, the company needs to adapt to the changed gaming environment and transform into something else.

But the driving factor, which led to the saving plan is the bankruptcy of Sang Lung Gaming Promotion Co Ltd, a company linked to Iao Kun.Thus, Iao Kun focused on technologies and now it is shaping its new image on the market of Chinese agricultural sector. Hence, the name of the business was changed in LiNiu Technology Group. As a matter of fact, the company now observes considerable improvement, which is expected to stop the process of liquidation.