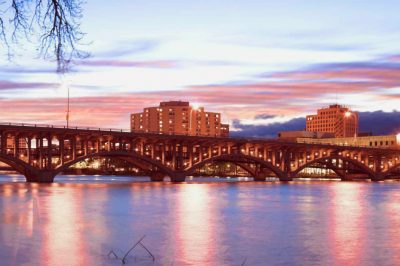 The lobbyists for a Rockford casino have seen a nearby Wisconsin casino project that is continuing to make progress as a threat to their project.

As CasinoGamesPro reported a week ago, a casino construction planned for Beloit, which is just across the state border, received final approval from the Governor of Wisconsin Tony Evers. Now, the only step that the casino project needs to overcome is to get the green light from the Bureau of Indian Affairs, which is required to approve the placement of the land into trust in order for the project to proceed as planned.

At the same time, only about 15 miles south, there is another casino project waiting for regulatory action. A proposal for a Hard Rock Casino that is set to be constructed on 65,000-square-foot site in Rockford is being held back, as it awaits further action from the Illinois Gaming Board (IGB).

According to State Senator Dave Syverson, the presence of the Hard Rock brand was a reason good enough for the local regulatory bodies to make an effort to move forward as quickly as possible so that the local communities are able to get a fresh revenue portion. He noted that the Rockford casino project has stalled for 19 months and no significant project has been made yet.

Senator Syverson is known as a long-time advocate of the proposed casino in Rockford. He was among the activists who helped the push of the gambling expansion bill in 2019, which gave the city the chance to apply for a casino operating license. However, he is now concerned about the consequences of the delay, with the Rockford casino falling behind the one planned in Beloit.

Mr. Syverson further noted that the two casinos are set to be very close next to each other, with the proximity expected to create an economic concern for the casino project in Rockford, especially in case the one in Beloit manages to open before that.

As previously revealed by CasinoGamesPro, the casino proposal for Rockford includes a Hard Rock Live venue featuring 1,600 seats. The Beloit project is set to include a casino, hotel, waterpark and convention center.

The Rockford casino application has been lodged in the Illinois Gaming Board since September 2019. At first, the gambling regulatory body had up to 12 months to make a decision on the project but the Board’s members extended the deadline for late 2020 – a move they are permitted to make under the provisions of the Illinois Gambling Act.

Now, with the competition potentially increasing north of the state border, Senator Syverson is getting more frustrated about the fate of the Rockford casino. He still remains hopeful there would be an announcement that the groundbreaking for the project can take place by the end of 2021, which would give the city a chance to beat Beloit’s casino project to opening day. For the time being, no temporary casino site has been announced yet.