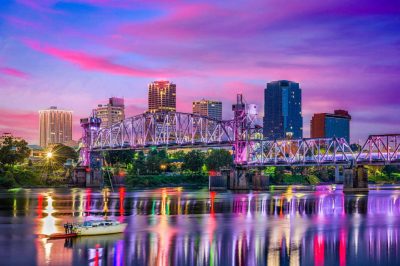 A new lawsuit has been filed in regard to the Pope County casino battle. The applicant who was rejected for the casino license, Cherokee Nation Business, filed a new lawsuit in an attempt to prevent the company that won the license, Gulfside Casino Partnership, from constructing a casino venue ahead of the completion of a larger casino resort complex in the county.

On October 12th, the legal representatives for Cherokee Nation Business filed the lawsuit against the Arkansas Racing Commission and its casino license candidate of choice, Gulfside, in Pope County Circuit Court. Judge Ben Cross, who has backed the Cherokee’s proposal to establish the Legends Resort and Casino, was also included in the lawsuit as a plaintiff.

The legal action started by Cherokee Nation Business targets a proposal made by Gulfside to open what was described as a casino “annex” of a smaller scale while the bigger complex estimated at $254 million is being under construction. The resort and casino project was given the green light by the Arkansas Racing Commission and Gulfside was awarded a casino license in July 2020.

According to the lawsuit, Gulfside is currently in illegally establishing and running a temporary annex casino situated in Pope County. The Cherokee Nation Business claims that the permission conflicts with the application, its representation to the state’s gambling regulatory body, the Casino Gaming Rules and the casino gaming license. 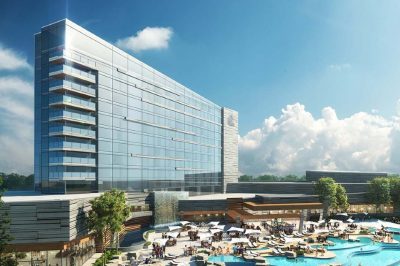 A spokesman for the Arkansas Racing Commission, Scott Hardin, explained in an email earlier this week, that the gambling watchdog of the state would first have to give its approval to Gulfside in order to allow it to build a temporary facility that is not included in the original casino license application. Mr. Hardin further noted that the company has formally applied for building such a facility, either.

In his email, the spokesman for the state’s gambling regulatory authority explained that nothing is preventing Gulfside from proceeding with the construction of the casino that was included in its original application, although the project’s construction would probably be delayed until litigation is brought to an end.

Currently, Legends Resort and Casino is appealing the decision of the Arkansas Racing Commission to grant Gulfside with the only operating Pope County’s casino license. In case the administrative appeal process fails, the project’s legal representatives revealed they intend to further appeal the issue in court.

The recent complaint only reiterates the argument that Legends Resort and Casino is the only legitimate applicant for the project because it was the only applicant who previously won the approval of the current county judge. As CasinoGamesPro previously reported, Gulfside relied on approval from a county judge who stepped down from his position before the application process for the casino permit opened.