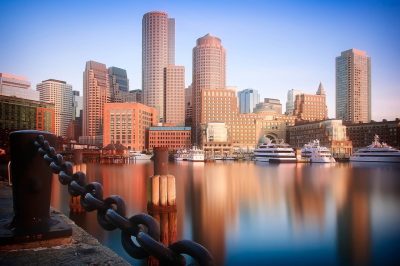 The Bay State’s gambling regulator, the Massachusetts Gaming Commission, unveiled the final health and safety requirements for the relaunch of casino resorts and slot machine parlors across the state. The final guidelines were adopted yesterday. Under the newly unveiled standards, gaming venues in Massachusetts are disallowed from hosting table games like roulette, poker, and craps.

Blackjack tables can resume their services at limited capacity, with no more than three players per table at a time. Each patron who accesses a gaming venue will be required to wear a mask that should cover their mouth and nose. Masks can be removed only when the customer wants to take a sip from their beverage while seated at the table.

The Massachusetts regulator managed to resolve several issues from last week, including how to enforce its plan on restricting drink services and how to ensure social distancing for those who gamble on slot machines. Also resolved were the issues concerning the height of the plexiglass dividers at the tables and the overall occupancy restrictions for the venues.

It was decided by the regulators that patrons should not be permitted to move around the casino floor while holding or drinking from their beverages. Landbased gambling operators across the Bay State must enforce this rule and make sure their customers do not violate it.

Casino Patrons Cannot Walk Around with Beverages in Hand 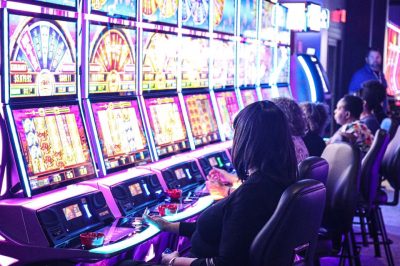 Some members of the Massachusetts Gaming Commission were of the opinion permitting patrons to move around the premises holding beverages in their hands would be the same as being in a bar. However, bars in the Bay State are not allowed to resume their operations until the beginning of the reopening’s fourth phase.

However, it made no sense to Mr. Stratton to prohibit customers from simply carrying their beverages from one table to another. Enforcing one such measure would be rather challenging for gaming operators, Mr. Stratton reasoned. The MGM Springfield Vice President also admitted he did not understand how a person walking around with a drink in their hand could be a concern for public health.

Another requirement of the Massachusetts gambling regulator tackles social distancing. Slot machines on the gaming floor should be 6 feet apart. If a casino cannot meet this condition for one reason or another, it should at least install plexiglass dividers between the machines. Said dividers should be no less than 6 feet high for slots.

As for the permitted table games like blackjack, the barriers that separate patrons from each other and the dealers should be a minimum of 5 feet and 10 inches tall. A special formula is to be used to calculate the maximum occupancy limits on the premises. The available active betting spots are multiplied by three. The result is then added to the number of casino employees and the capacity of its restaurants and other amenities.

The Bay State is home to three regulated landbased casinos only, namely Plainridge Park Casino, the Encore Boston Harbor, and MGM Springfield. The three operators are eagerly awaiting to reopen after a shutdown that lasted over three months, starting on March 15.