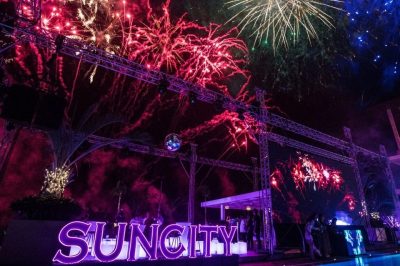 The Hoiana casino project of Hoi An South Development Co Ltd has proceeded a step forward in its development after the company received an official permit to operate a casino last week. This has paved the way for the first phase of the property’s development in the Quang Nam province of Vietnam. Phase 1 of the project is set to begin at the beginning of 2021.

As revealed by the company, the casino operating licence was granted to the joint venture company between SunCity Group Holdings, VinaCapital Group and Chow Tai Fook. It is valid until December 10th, 2080.

The casino venue is set to be established as part of the Hoiana integrated resort, which received the right to develop the facility on a 165-hectare site in Hoi An South. Apart from the gambling venue, the complex will feature hotels featuring over 1,000 rooms for accommodation, restaurants, an 18-hole golf course, etc.

Alvin Chau, chief executive officer of SunCity Group, shared his delight that the company has managed to receive the necessary authorisation to establish the resort and enhance its presence. He further noted that upon its completion, the project would offer a high-quality experience to all of its guests. Mr Chau also described the newly-received operating licence as a chance for a true metamorphosis for SunCity.

Apart from its the development and expansion of its residential and commercial properties and the provision of accommodation and hospitality services, SunCity Group Holdings has lately been focused on its expansion in the gambling sector as well.

As CasinoGamesPro reported, recently, the operator has received official approval to participate in the second round of the process for selection of a private sector partner for the development of so-called integrated casino resort in the prefecture of Wakayama in Japan.

For the time being, it is known that the Japanese Government will grant a total of three licences for integrated casino resorts but it still remains unknown which locations it will choose to host the three complexes. Wakayama has been considered one of the most likely locations to host such a project, and most lately, SunCity and Clairvest have received approval for the next round of the selection process, after both companies participated in the request-for-proposal phase set by the Prefecture officials.

Now, SunCity will be given until August 2020 to submit its design project for the casino, along with all necessary information about the venue’s construction in order to receive the favour of Wakayama Prefecture’s officials. They will have to take into consideration and assess the two companies’ projects, after which, the Prefecture will have until the middle of November to make its choice. The officials will have to decide which contestant to receive the rights to build an integrated casino resort in case that the central Government of Japan chooses Wakayama as one of the three locations to host such a complex.