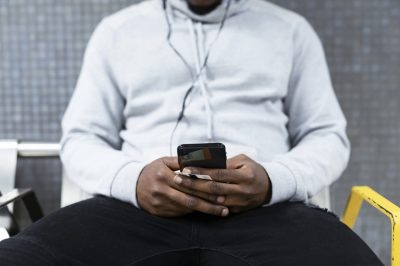 Recently, young Africans’ fascination with mobile gambling has been among the most discussed topics when it comes to rising gambling participation rates in the region. Smartphone users communicate and share text, images, videos and all kinds of information through the devices by using mobile applications. Smartphones have become an inseparable part of people’s lives, especially when it comes to young adults.

Unfortunately, some aspects of smartphone use have been overlooked, such as the possible negative effects the devices could have on young people’s lives. One of these issues is mobile sports betting that has been on the rise in Africa for quite some time now.

Sports betting has become a phenomenon when it comes to the participation of young African adults. The activity has taken the region by storm, with recent surveys and reports showing that gambling participation rates constantly increase, especially in Sub-Saharan African countries. According to a GeoPoll survey that took place in 2017, up to 54% of young people from 17 to 35 years of age in sub-Saharan African regions have engaged in sports betting. A total of 2,726 African Millenials living in Nigeria, Ghana, Uganda, Kenya, Tanzania and South Africa took part in the survey.

So far, Kenya has been the country that marks the biggest percentage of young people’s involvement in the activity, with 74% of its young adults betting on sports. 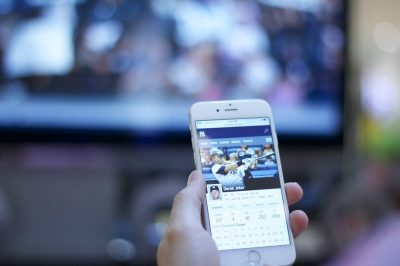 According to analysts, the growing accessibility and increasing availability of smartphones around the continent have been the major drivers of the trend. Greater connectivity, including satellite access to sports events, and the increasing number of unemployed young people have also been among the main reasons that have been facilitating the growth of smartphone use for sports betting by young African adults.

Unfortunately, the trend has been associated with some social ills that have affected young people in the region, especially ones who live in the sub-Saharan areas. The harm caused by mobile sports betting includes suffering from severe gambling addiction and being part of money laundering schemes. Of course, some of these problems are faced by other countries, too, such as problem gambling, addiction to smartphones and another closely-related phenomenon, addiction to the Internet.

As mentioned above, easy accessibility to smartphones has been considered one of the major drivers of rising mobile sports betting. For example, about 72% of the individuals aged from 15 to 24 were registered as social network users in Cameroon in 2016. The measured 72% rate represented a massive increase from the first half of that year when the registered social network users were 43% of the above-mentioned age group.

The trend has been noted at a time when the interest in sports betting is growing not only in Africa but also on a global scale. Mobile phones, on the other hand, have been the most preferred devices to be used for placing bets, especially when it comes to sports betting. Considering the fact that technologies are constantly developing, smartphones are probably set to remain the most preferred device for gambling for young people in the years to come.