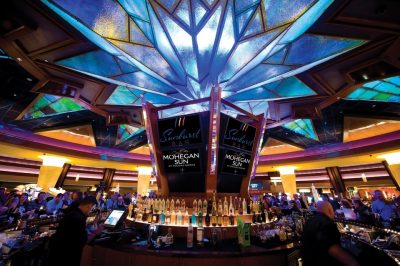 The Pennsylvania Gaming Control Board approved the fine at a public meeting, saying that it is being imposed as a result of a consent agreement between the PGCB’s Office of Enforcement Counsel and the above-mentioned casino operator. According to the consent agreement, the Mohegan Sun Pocono casino failed to properly meet the staffing requirements for its security contingent over a 91-day period between January 3rd, 2019 and April 28th, 2019.

As revealed by the Pennsylvania gambling regulator, the casino placed staff at all entrances of the venue, but it did not make sure there is adequate rover staff available for the overnight shift. Reportedly, in some cases, there were periods of about an hour during which the security personnel was found to be insufficient, with as many as three guards being present.

The casino operator’s lawyer assured the PGCB commissioners that Downs Racing took the matter seriously and accepted its responsibility for the failing found at the property. He further highlighted the fact that Downs Racing has cooperated with the Office of the regulator’s Enforcement Counsel to make sure the matter was resolved. 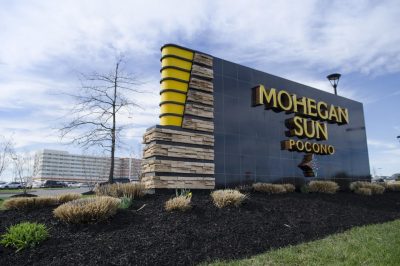 At the public meeting, at which the Pennsylvania Gaming Control Board approved the $150,000 fine, the General Manager of the casino, Tony Carlucci, explained that the problem occurred from the opening of two major distribution centers in the Wilkes-Barre area towards the end of 2018. Mr. Carlucci described the situation as a “bad mess”.

Pennsylvania state officials became acquainted with the issue in November 2018 and joined forces with the casino management to speed up the licensing process for the gambling venue’s new security staff. However, the federal government’s shutdown started on December 22nd and continued for 34 days. This caused some difficulties for the Mohegan Sun for most of January 2019, as the Internal Revenue Service did not manage to conduct the necessary background checks on the new staff members, which made it impossible for the casino to go through all the required procedures and effectively integrate the new guards.

The slowdown made many of the new guards change their minds while waiting for their background checks and eventually start other jobs.

As the management of the Mohegan Sun Pocono claimed, they had taken measures to make sure that the casino’s security staff at least meets the state minimum during the venue’s operation. One of the measures which the casino unveiled to keep security staff members at their jobs was an increase of their hourly wages from $9.50 to $11.50 per hour, while guards on overnight shifts were granted $15 per hour. Retention bonuses were also offered to security guards who stayed for three and six months in the casino.