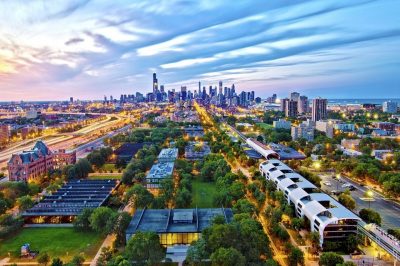 Illinois lawmakers would have to bring a more relaxed regime regarding some betting restrictions rather than increasing tax rates imposed on video gambling in case they want to see more video gambling revenue brought to the state any time soon.

The head of the Illinois Gaming Machine Operators Association, Ivan Hernandez, made such a proposal to the state House Executive Committee, which has been considering a number of alternatives that could be used to boost state revenue derived from video gambling. Testimony on the matter given by representatives of the video gambling sector was heard yesterday by the Executive Committee headed by Representative Chris Welch but no bill has been proposed so far.

For the time being, video gambling terminals (VGTs) are taxed at 30%. The remaining revenue is split between the establishment which hosts the machines and the VGT operator. A plan was unveiled by Governor Pritzker in his budget address in late February, under which the video gambling tax was sought to be increased to 50%. According to preliminary estimates, such a change would result in over $100 million in fresh VGT revenue generated for the state and local governments.

Opponents of the proposed video gambling tax increase have claimed that local businesses usually rely on the controversial machines in order for their operations to remain competitive.

On the contrary, the proposal of Mr. Hernandez would rely on increasing the bet limit on single plays to $4 from $2. In addition, he has also suggested that the maximum possible winnings on a single play should also be boosted from $500 to $1,199, and games with higher jackpots should also be allowed. An increase in the overall number of terminals from five to six has also been proposed by the chief of the Illinois Gaming Machine Operators Association.

According to Mr. Hernandez, the above-mentioned measures would bring fresh tax revenue of $210 million over the first two years, without any changes being brought to the tax rates.

Apart from the proposed changes, the hearing at the Illinois Gaming Board was also focused on the so-called sweepstakes machines which are in many ways similar to regular VGTs but remain largely unregulated. In addition, the sweepstakes are not subject to the same state oversight and for the time being, they do not pay taxes to the state and local governments. What is worse, there is currently not enough regulatory measures imposed on the sweepstakes, which is one of the main reasons why they could often be found in places where VGTs are suspended.

According to some opponents of the sweepstakes machines, the same regulatory requirements which are valid for the VGTs should be imposed on them in order for better regulation to be guaranteed. Apart from that, better regulation could also mean certain taxes to be set on sweepstakes which could bring more money to the state of Illinois.