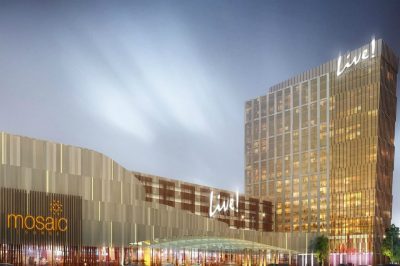 The long-delayed Live! Casino Hotel Philadelphia is set to open by the end of 2020 but due to a string of suits and the recent change in the ownership of the project, the license for the casino operation is expiring this year – long before the construction of the property is even finished.

The license for the $700 million casino project was originally granted in 2014 and it allowed the building of a casino resort at 900 Packer Ave., near Citizens Bank Park. However, gambling operators are required to apply for license renewal from the Pennsylvania Gaming Control Board (PGCB) every five years, which means that the certificate for the long-delayed project expires this year. On Monday, the regulator held a public hearing at Penn State’s campus in the Philadelphia Navy Yard but no decision regarding the license was made.

Meanwhile, the owner of the project, Stadium Casino LLC, said it plans a casino opening by the end of 2020. Currently, construction for the casino hotel is underway on the site of the former Holiday Inn at 900 Packer Ave. and the building shell should be completed by December this year, casino officials hope.

Stadium Casino LLC’s interest in the project, a subsidiary of Greenwood Gaming, which owns the Parx Casino in Bensalem, was bought in late 2018 by Cordish Cos., a Baltimore-based company, which is now responsible for the construction of the future casino. Originally, the investment for the project was $450 million but later, the owners scrapped the plans to incorporate the old Holiday Inn into the new hotel. Instead, they decided to demolish the old construction and build a brand new facility in its place.

The new Live! Casino Hotel Philadelphia will be part of Cordish’s other projects in South Philadelphia’s stadium district. The company’s existing portfolio here includes the Xfinity Live! entertainment complex on Pattison Avenue, as well as a planned 3,500-seat eSports stadium and a ten-story office building.

Plans for a Sportsbook at the Property 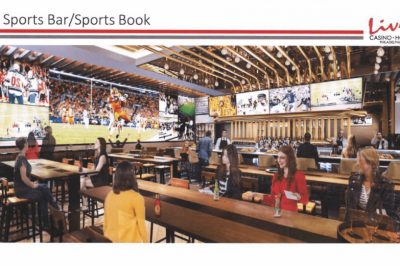 Pennsylvania is set to launch online and mobile sports betting this month and gambling operators are expected to take advantage of this new and popular market. On Monday, Stadium announced its plans for a sportsbook at the new casino hotel but they did not provide the Pennsylvania Gaming Control Board with any details regarding the future sports betting operation at the public hearing. In fact, the company has not even applied for a license to offer sports betting once the Live! Philadelphia opens in 2020.

Stadium does not have a license for offering bets on sports and it also has not yet signed with a partner to create a sportsbook platform and operate a brick-and-mortar facility. It is possible that the company does not plan a land-based sportsbook at all and instead, it may be eying an online operation.

The decision for renewing the license for Live! Casino Hotel Philadelphia would be made at a later meeting in Harrisburg. The company will likely receive another five-year license as it has already paid $75 million in slots and table fees, as well as $40 million for a satellite license in Westmoreland County.