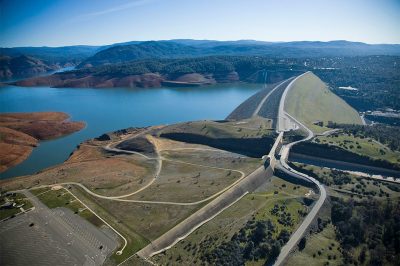 Tribal gambling in the state of California is booming and this could be easily seen by the most recent development related to a long-winded Indian casino drama involving Mechoopda Indian Tribe of the Chico Rancheria and the state. The good news confirms that the tribal casino developer would finally have the permission to built its casino venue in Butte County following the issuing of a compact by Gov. Jerry Brown.

As many as 16 years have been needed for this decision to be taken and this week would definitely go down in history as one of the pivotal for the development of the tribe. Legal battles in court have amounted to some $850,000 for the Native American tribe in expenses but this never discouraged it from pursuing its goal of managing a casino venue in the region. The area of Chico is now set to welcome a brand new tribal gambling venue operating under a Class III licensing.

The land lot chosen for the construction of the casino venue is situated in the proximity of Highway 99, providing the future location with easy access and a constant flow of customers. Last Wednesday brought the official approval of California’s Governor of the project which has been a controversial one since the very start. It was part of a package licensing including other Indian tribes such as the San Pasqual Band of Mission Indians, the Twenty-Nine Palms Band of Mission Indians, also receiving coveted gaming compacts.

Once the gambling contract has been granted, the tribal developer would have to obtain the approval of the Legislature. In order to achieve that, Mechoopda Tribe has already reached out to the Board of Supervisors which would have to approve a letter further backing the project in question. This Tuesday is set to witness the special meeting dedicating its time to the casino project at the County Administration Building in Oroville. When the letter approval and the Legislature’s nod has been given, the tribal casino developer would have to conduct the mandatory environmental evaluation. 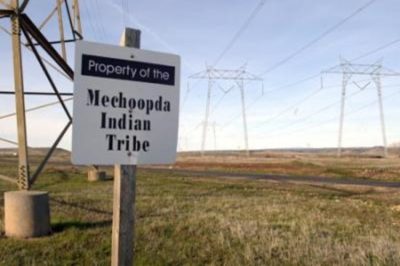 It would aim to prove that the construction of the casino facility would not in any way affect the existing equilibrium in the area. Results from it are not expected to have a negative impact on the construction process of the venue. It could be recalled that back in April the US Court of Appeals gave green light to the tribal casino venue project.

As guaranteed by the Class III casino compact granted, the casino location would have a total of 2,000 slot machines available on offer to all gaming enthusiasts willing to give their luck a try and experience true tribal gambling action. Among the important features of the venue would also be the non-smoking sector providing players with the needed fresh environment.

The gaming compact itself aims to arrange an all-encompassing framework for the future operation of the casino developer. Topics to the liking of labor, safety at the workplace, public health, revenue allocation once operation commences. It should be taken into account that existing compacts for operation have been taken into consideration when devising the new licensing and they would not be affected in a negative way.

It could be recalled that back in 2014 Lewis & Clark College history professor emeritus Stephen Beckham stated that as a result of extensive research it was concluded that the Mechoopda Indian Tribe is not a real tribe. During that time the state was already deep in the war against tribal casino construction over some 645 acres and this conclusion was convenient.

Among their concerns was the fact that Highway 149’s traffic would eventually suffer from the construction, as well as the fact that in the case of emergency, teams would need more time in order to reach the venue. Tribal gaming in the state of California has been proliferating over the span of the past years.

Indian casino venues, card clubs, charitable gambling and the state lottery have been providing the field with their gambling activities, shaping the field in a unique way. Las Vegas-style gaming venues are not allowed within its borders, elevating the whole gambling experience on a new level.

In this sense, capitalizing on the gambling offerings provided by tribal casino has been of utmost importance for the Native American tribe. The foreseeable future is set to bring more development to the tribe’s matters followed by the eventual groundbreaking of the casino project.