Steve Wynn Sells 4.1 Million of His Shares in Wynn Resorts 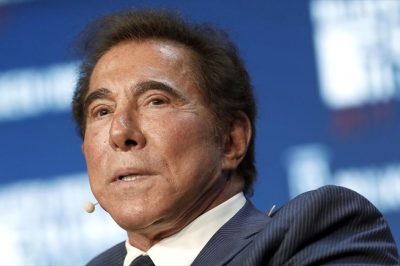 Wynn Resorts is a constant hot topic in the international gambling industry for the last two months since the news about the alleged sexual misconduct were announced in the public space. This led to quite the conundrum in the casino development structure and the most recent announcement that the former Chief Executive Officer of the company, Steve Wynn, has decided to sell as many as 4.1 million shares of Wynn Resorts.

It could be recalled that Mr. Wynn recently received the legal permission to operate with his slice of the company’s shares which is also the controlling share. It amounts to some 9.4 percent of the overall amount and for the last two months, the field has been closely observing the said shares, as they have the potential to affect the operation of Wynn Resorts. His ex-wife Elaine Wynn also owns a significant amount of share and when combined with Mr. Wynn’s shares the total percentage reaches about 21 percent.

There was an agreement between the two of them Mid-March saw the official decision of Clark County District Court to dissolve the agreement has been dissolved and this gives them both the freedom to operate with the shares as they deem suitable without any negative legal implications. This is why the former CEO has now opted for becoming the third biggest shareholder in the company and selling a large chunk of his own shares in Wynn Resorts. The first place now is occupied by Ms. Wynn followed closely by The Vanguard Group Inc. which is also a considerable shareholder in the casino developer. 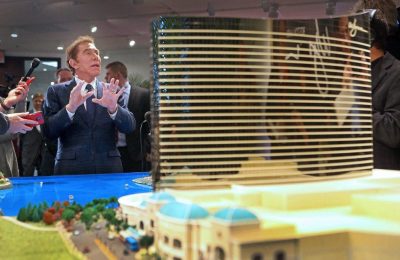 The price at which he sold the shares amounts to $180 per share, but shortly after that there was a drop of 0.8 percent and at the moment the company’s shares are trading at $177.50. Back in January, before any sexual misconduct allegations began swirling around the casino tycoon Steve Wynn the company’s shares trades at more than $200 per share. However, the said discoveries related to alleged previous sexual harassment occurrences led to a rapid development in his career and in the gambling world as a whole.

Mr. Wynn denied all accusations as untrue claiming that the unearthed allegations come as a result of his legal battle with his ex-wife. According to him, the environment is “one in which a rush to judgment takes precedence over everything else, including the facts” and this is what prompted his decision to resign from the leading position at Wynn Resorts. Shortly after the announcement of the gambling regulator of Macau, he also filed his resignation as the Republican National Committee finance chair.

Now the question which concerns everyone in the casino industry is who is going to purchase the said considerable share of the company. There are speculations that casino operator Genting Bhd. Might be eyeing the opportunity to finally enter the gambling field in Macau with the help of this purchase. Back in 2002, the company could not bag one of the casino licenses on offer and a later partnership with casino tycoon Stanley Ho led to nowhere. Chairman Lim Kok Thay is willing to explore opportunities for entering the field and Wynn’s shares sell might be just what Genting needs.