South Korea is a rapidly-developing field in the global gambling industry as more and more casino operators turn their eyes to the region and consider operation in the country. However, most of the casino locations scattered across South Korea are not meant to welcome locals but instead are devoting their efforts and gambling offerings exclusively to foreigners. Out of the 18 casino facilities which are in operation at the moment, only the well-known Kangwon Land Casino & Hotel allows local players to enter the premises and participate in casino activities.

This particular attitude towards the South Koreans has been frowned upon as locals who are enthusiastic to participate in gambling pastimes have to travel abroad in order to do so. They have the alternative of casino gambling which means that they can give their luck a try by betting on a wide range of games to the likings of the lottery, horse racing, boat racing and cycling. This is how the gambling industry in the country is left only with the revenue which foreigner players are able to generate over the span of their stay in the country.

During the Winter Olympics which took place in the country in February, the casino locations enjoyed quite the interest and the revenue marks surged immensely. But even before that, the gambling field managed to amass a larger revenue year-on-year in comparison to 2016. Kangwon Land Inc. announced around the middle of February that according to its revenue reports the gambling venue has seen a significant growth in revenue during the fourth quarter of 2017. As it was publicly announced there was a jump amounting to some 23 percent.

Located in the region of Kangwon province, situated about 150 kilometers away from the capital Seoul, this gambling facility is willing to accept South Koreans on its premises and this is presumably what brought some KRW78.39 billion (US$72.3 million) to the gambling developer for the last three months of 2017. This amount is 23 percent more than the KRW63.75 billion which was amassed during the last quarter of 2016. However, this period of steady growth and impressive figures both for foreigners-only casino venues and for Kangwon are already seeing a considerable drop, following the installation of a Terminal High Altitude Area Defense battery in southeastern South Korea. 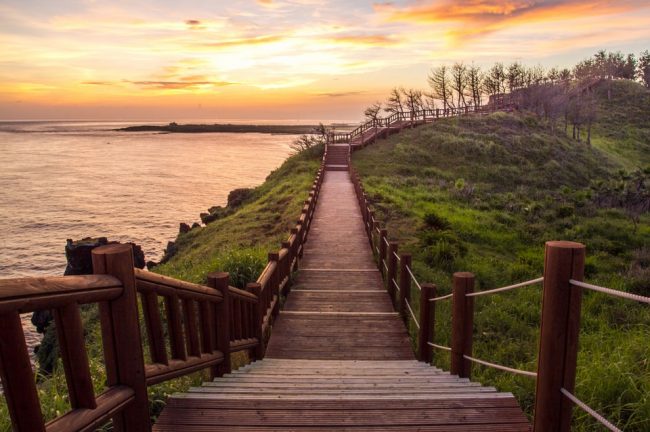 This Wednesday brought the news that casino venues which allow only foreigners to participate in gambling activities on their premises have registered quite the slump of gambling revenue, as Chinese tourists are one of the most prominent customers in the facilities. Since the diplomatic tension between Seoul and Beijing has led to the deployment of an advanced missile defense shield, the number of Chinese tourists has significantly tumbled.

Paradise Sega Sammy is the developer behind the impressive project of the integrated casino resort Paradise City which is located in Yeongjongdo. The whole project is estimated to cost some US$1.1 billion to its developer, but as it was announced in a recent statement, the operator registered consolidated sales of KRW668 billion (US$623 million) in 2017, down 3.9 percent from the previous year.

As for the net loss of this operator, it amounted to KRW32.4 billion (US$30,235,680). With the help of the less Chinese visitors and high rollers, the percentage of VIP players reached only 35 percent, which is lower than the marked in 2016, 45 percent. In the meantime, there was also a drop in the figures of South Korea’s state-run gambling developer Grand Korea Leisure Co., which marked an 8.6-percent revenue drop and managed to generate only KRW513 billion (US$478,834,200) during the twelve months of 2017. The net profit also plunged considerably by 29.6 percent to KRW80.5 billion (US$75,045,360).

According to experts in the field which follow closely the development of events on the political scene, Chinese tourists will continue to decrease and the casino venues which rely on their presence in order to make revenue are expected to have a hard time keeping up with their revenues generated in previous years. It could be recalled that March 2017 saw China’s ban on all group tours to South Korea after the decision of the latter’s neighboring country to install the US Terminal High Altitude Area Defence System (THAADS).

Later on, in November 2017 the Chinese travel agencies’ executives and the deputy director at Korea Tourism Organization revealed that only over-the-counter package tour sales from Shandong and Beijing to South Korea are to be permitted by China National Tourism Administration. This means that chartering flights, cruise trips, as well as online package tours sales remain banned. This partial lift of the initial ban resulted in the slight boost of the gambling industry in South Korea, but at the end of the year, the figures were still far from the initial expectations.

The serious decline in the number of Chinese tourists to South Korea over the first nine months of the year cost the local economy the massive amount of $6.5 billion in lost revenue. The calculations were based on the average amount spent by Chinese tourists over the previous year. Some of them state that the country should take some gambling industry lessons from Singapore, which also used to be a country strictly prohibiting gambling to its nationals. Lee Kuan Yew, Singapore’s late Prime Minister, accepted that billions of dollars’ worth of investment shouldn’t be disallowed just because of the gaming element when it is introduced as a part of an integrated resort.

This happened in 2005 when the government of Singapore gave green light to the gambling industry and operators were selected through an international competition to develop two integrated resorts: Marina Bay Sands and Resorts World Sentosa. The opening of these two casino resorts brought the number of foreign visitors to 17.4 million in 2017, which is almost double than the 9.7 million tourists which visited the country in 2009 prior to the official launch. However, for the time being, a liberalization of the currently existing gambling law is not expected, as the problem gambling rates in South Korea currently sits at 5.1 percent, as stated by the National Gambling Control Commission. 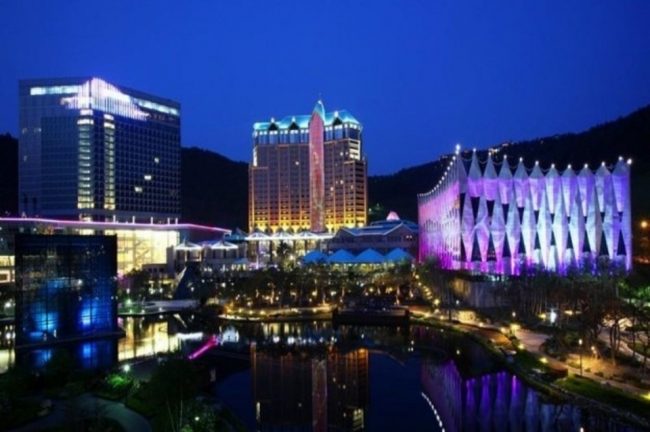 The gambling industry in South Korea is currently experiencing a rough period which comes as a result of the complicated political situation in the Asian region. The Chinese ban on tourists traveling to South Korea was partially lifted towards the end of 2017, but the impact this restriction had on the casinos which rely on foreigners is still visible in the revenue reports they issued recently. If the said ban is not lifted completely the future of this field will remain troublesome.