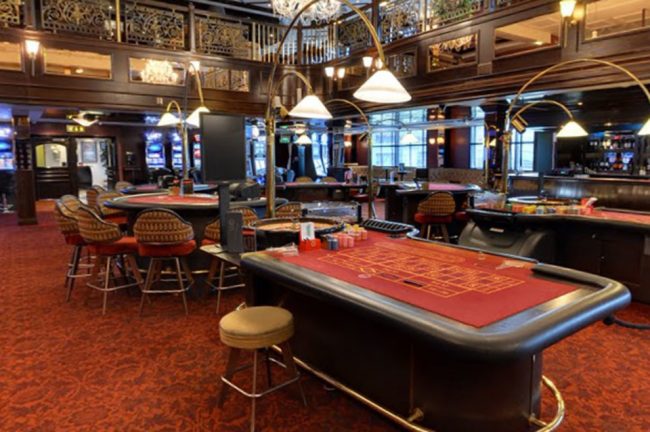 Riverboat casinos and floating casinos are well known around the world as one of the more attractive ways to gamble. People willing to participate in the gambling activities on them and spend quality time unwinding have the opportunity to do it while sailing and enjoying the pleasures of a time spent on a watercraft. This is probably the reason why casinos located on such riverboats and ships have been popular in the past. As the recent statistics show, nowadays more and more people are willing to take a trip on a floating vessel and experience the casino thrill on it.

The news for the surging interest come following a period of relatively lowered interest towards such vessels, which was welcomed with joy by the operators of such gambling locations. The year of 2018 is expected to see a lot of development when it comes to the floating casinos in the United States and around the world, and perhaps the reason for that is the specific nostalgic feeling they exude at all times. The development of the field is exciting to closely follow as it is sure to provide a lot of happenings and some of the most prominent casino operators in North America are directly involved. 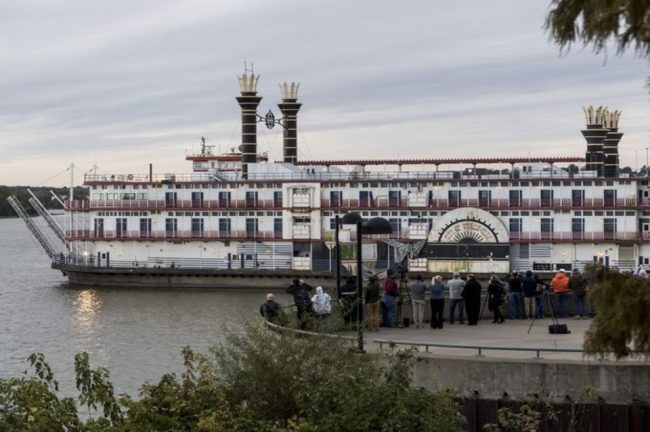 As states along the Mississippi River began to legalize riverboat gambling, beginning in 1989 in Iowa and two years later in Louisiana, some aging riverboats were given a new purpose, while other boats were built anew. Ever since then the gambling world changed and made a 180-degree turn. This made the otherwise coveted cruise an expensive pleasure for many people in the States and this meant that some changes in the overall management should be made. The easiest way casino operators could save money while still remaining in operation was to allow the riverboats to remain permanently docked while still welcoming customers.

In New Orleans, where tourism has boomed in recent years, riverboat owners say they’ve seen a spike in the interest not seen in quite a while, which will likely be enough to accommodate another two boats. The year of 2018 is expected to see two renovated riverboats which are going to provide lots of entertainment to their new passengers. They are going to sail along the area near the French Quarter once they have been through a full renovation process. The oldest area of New Orleans is going to welcome Indiana’s oldest gaming riverboat which has been in operation ever since 1995.

Formerly known as City of Evansville, this riverboat was the first gambling riverboat in the state of Indiana. It was also previously owned by Tropicana Entertainment, one of the well-known gaming companies which operates casino venues and resorts in Indiana, Louisiana, Mississippi, Nevada, Missouri, New Jersey, and Aruba. The riverboat is going to be sent to Amelia, where it is going to go through the extensive renovation process which is planned by the casino operator. According to the the announcement, it will be completely refurbished and this is where it will receive its new name.

The riverboat has a capacity of 3,000 passengers and it is planned to operate as a floating jazz club and restaurant. This is three times the passengers which could be hosted by the Creole Queen, and according to the official announcements, the floating entertainment facility is going to welcome its first passengers just in time for the Mardi Gras Carnival which is going to begin on 11th February. The local community is more than excited about the renovation process which will aim to give new life to the beloved icon and make it approachable again. 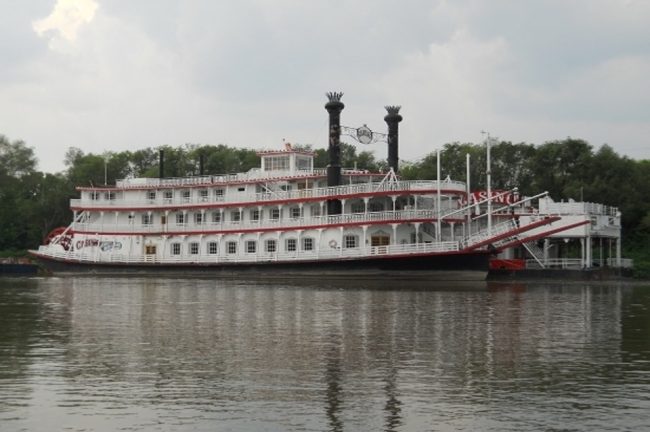 The year of 2018 will also witness a second full redevelopment of a former casino riverboat and this is going to be the City of New Orleans. The floating casino used to be owned by Casino Rock Island, but unfortunately, it closed about ten years ago, as the gambling operator relocated its operation to a land-based casino. As a result, the riverboat has sat docked since then. After the renovation process it will go through, it will operate from the Lower Bienville Street Wharf. The boat is 189 feet long and 55 feet wide and it features three enclosed decks.

As many as 1,000 passengers could be carried by it and this is expected to make it an appealing location for hosting weddings and large organized gatherings. It is going to offer harbor and dinner cruises while the much larger Louis Armstrong will spend more time docked at the riverfront. It is known that New Orleans Steamboat Co. also oversees the operation of another steamboat called Natchez. The renovation of the floating boats was necessary since many of them had spent the recent years docked and vacant while the owners were on the lookout for buyers. 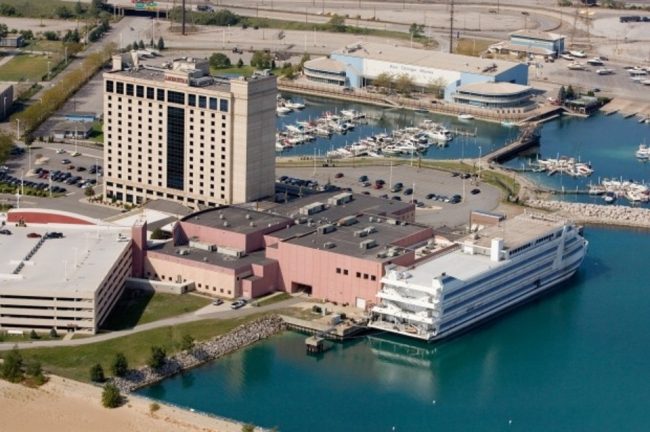 Another major gambling operator is planning to relocate its business in 2018 and this is going to be Pinnacle Entertainment Incorporated. This November brought the news that the Indiana Gaming Commission has agreed to move its floating Ameristar Casino’s high-stakes slots and gaming tables onshore to a dockside pavilion which is located near the Ameristar’s permanent riverboat gambling venue. After it received the unanimous agreement from the Indiana Gaming Commission, now the gambling operator is going to spend as much as $5.8 million in order to completely renovate a space that currently houses the Lake Michigan floating casino’s restaurants so as to accommodate its new land-based offerings.

This change is expected to bring many benefits to the community and the region since it is going to create new job positions for people in the area. In an interview with Times of Northwest Indiana, Ameristar Vice President and General Manager, Matt Schuffert, commented that the change is to create up to 10 new permanent job opportunities and a number of temporary construction worker jobs. As for the moving of the devices which are currently located at the floating casino, there are going to be a total of 14 table games and 95 slot machines relocated to the dockside pavilion.

The new gaming venue itself is providing some 15,000 square feet of space available, which is currently taken by the Lake Michigan floating casino’s restaurants. It will soon move to another part of the pavilion and open space for the gaming devices on offer. As it was confirmed by Mr. Schuffert, the relocation is going to leave the gambling operator with some space left, which will be filled with more gaming options. The reconstruction of the dockside pavilion is planned to begin in January next year and if the process goes according to the plan, it should be ready to welcome its first customers in April.

This is going to be the second gambling venue in the state of Indiana, which has utilized the 2015 law giving permission to permanently-moored riverboat casinos to move their games onto adjacent dry land. The first one to do so was Casino Aztar, which is operated by Tropicana Entertainment. The relocation of the gambling devices onshore happened back in 2016 and it meant that the operator invested some $50 million into the shift on land. Now it is time for the Ameristar Casino to widen its range of offers and surprise its customers with a brand new casino experience. 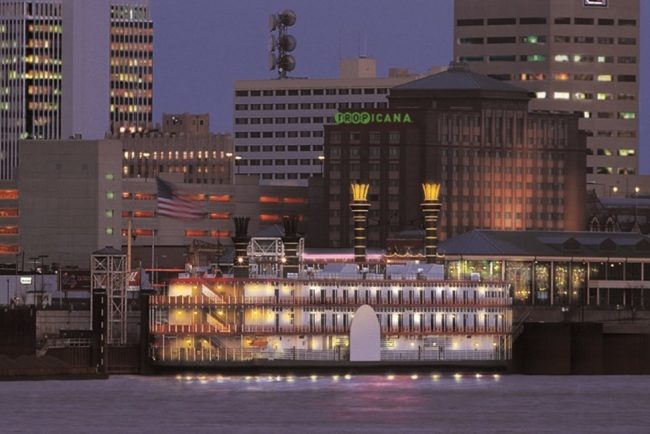 The floating casino sector is expected to see a lot of events and changes in 2018 and this is all with the intention to bring the players and the community a high level of satisfaction. The gambling operators responsible for their operation are willing to relocate and alter the nature of their business in the pursuit of something new. This is probably why next year the industry could see a lot of potentially impactful changes in the sector and, hopefully, many content customers.