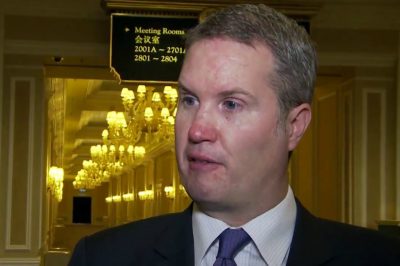 The rise of the casino industry in Japan comes with many harsh regulations, which may have a negative impact on the great potential of the trade, as the strict measures may repulse the casino investors, who want to invest loads of money to enter the enticing Japanese casino market.

The casino legalization in Japan was a hard and clumsy process, as it met considerable opposition. Many concerns regarding different issues such as social ills and money laundering were raised, which explains why many people did not welcome the idea.

Currently, the process is at this stage, in which legislators are crafting the legal framework, supposed to regulate the industry. The bill, also known as Integrated Resorts bill, is expected to see daylight by the end of this fall, when the Japanese Diet will hold an extraordinary session.

The planned restrictions, though, seem to be very tough on the casino operators, who are eager to enter the Japanese casino market. On Monday, 17th July, Grant Govertsen of Union Gaming Securities Asia Ltd. explained that the restrictions are too tight and these place a potential threat to the development of the casino industry in the country.

Being one of the most densely-populated countries, Japan stimulated the appetite of many casino operators, who expressed their willingness to establish a casino facility in the country of the rising sun. The only problem seems to be the requirements to the operators, which are still unclear.

Mr. Govertsen explained that the restrictions are getting tighter with every single day, which may lead to negative consequences even before the opening of the casino market. He even implied that the casino operators may give up on the idea to invest billions in opening a casino facility in Japan due to the excessive regulations.

Earlier this year, it was reported that the Japanese legislators will use Singapore’s legal framework as a model to shape the Japanese regulations regarding the casino industry. But Mr. Govertsen pointed out that this may appear not to be the right approach, having in mind the differences in terms of population and size between the two countries.

These restrictions may significantly harm the expected benefits from the opening of the casino market. Thus, it is in the country’s interest that the lawmakers carefully consider their decisions and take into account the uniqueness of their market, but not blindly follow the footsteps of their predecessor Singapore.

By regulating the Japanese casino industry, the country’s government aims to boost the economy. Hence, the tough restriction, which the lawmakers consider to introduce, may appear to be inappropriate, as these may slacken the rapid pace of the gambling industry’s development in the country.