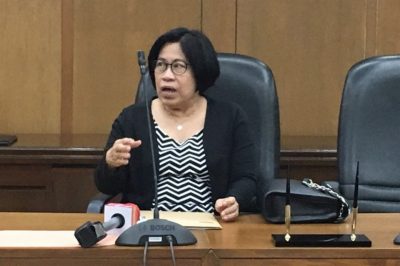 The head of the Philippines Exchange Commission, Teresita Herbosa suggested that the anti-money laundering measures in the country should be tightened, by lowering the threshold for casinos, otherwise the country is again in danger of witnessing illicit financial activities and enter the grey list of the Financial Action Task Force (FATF).

Both chambers of the Philippine legislature agreed on adding all type of gaming operators to the so-called “covered persons”, a term introduced in the Anti-money Laundering Act (AMLA). This means that the gaming operators are required to declare individual financial transactions above a certain amount of money, because these may be suspicious of illicit financial activities.

Under this act, all casino operators, including online, land-based and those, who offer gaming activities on ships, are obliged to report any individual financial transactions, worth P5million or more. On the other hand, all the other non-gambling members, included in the list of “covered persons” had to declare financial transactions, estimated to be P500,000. The big difference between the two sums is obvious, without even mentioning it.

According to Herbosa, this “double standard” may send the Philippines again in the grey list of the Financial Action Task Force (FATF). In a nutshell, this is a governmental body, which is responsible for implementing adequate regulations to fight any financial abuses and crimes, including money-laundering. Thus, all the countries, which failed to take effective and operational actions against the illicit activities enter the grey list of the financial guardian.

Therefore, the Philippines need to re-consider the rules, which are included in the so-called AMLA. Mrs Herbosa explained that the measures should become tighter, otherwise the Philippines is in a potential danger to witness the situation in Bangladesh once again, when $81 million was stolen from the Bangladesh Bank, using the Philippines as a money-laundering channel.

Teresita Herbosa, who is also a member of the country’s Anti-Money Laundering Council explained that in order to stop the illicit financial manoeuvres, the suggested threshold of P5 million should be lowered. In that way, the country will not only be able to weed out the financial crimes, but it will also meet the requirements of FATF.

Unsurprisingly, Herbosa’s proposal was not welcomed by the casino operators. According to Enrique Razon, the Solaire Resort & Casino chairman, a threshold of P5 million is acceptable and possible. Herbosa expressed her opinion on the matter, explaining that this is a large amount of money for her, even though she admitted that she is not very familiar with the gambling.

The Senate and the House of Representatives still need to take a final decision, before the bill reaches the Philippine President Rodrigo Duterte’s desk and be enacted as a law.

The high threshold for the casino operators leaves again loopholes for illicit activities. By lowering it, the country will be over the hump, closing any possibilities for significant financial crimes. However, the potential reducing of the threshold may lead to a crowd of annoyed casino operators and affect the thriving casino industry in a reverse way. This is a very delicate situation that cuts both ways.