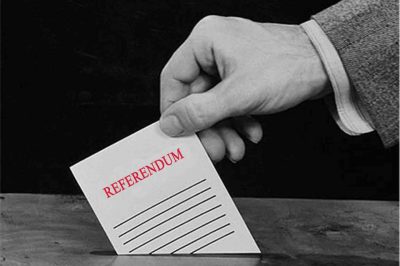 The Election Commission of Kinmen, Taiwan, decided to hold a referendum on 28th October, which will give the citizens the right to express their opinion regarding the casino industry, and more particularly if the latter should enter the market of their country, or the market should keep its doors closed for it.

The Election Commission announced on Monday that it will launch a referendum in order to give people the right to decide whether or not casino facilities should be opened in the country. It was reported that the referendum will take place on 28th October and all the citizens of Kinmen will be allowed to support or reject the proposal.

Taiwanese news agency Focus Taiwan released information about the initiator of the referendum, who is namely Tsai Chun-sheng. Chun-sheng presented a petition in respect of the casino referendum and if people support such public expression. The results show that 5 602 Kinmen residents supported the idea of the referendum by signing the petition. This is, in fact, around 500 signatures more than the minimum of 5 178, needed to appeal the matter to the authorities.

The referendum will be introduced officially as a matter of fact on 23rd June, and the government needs to set aside U$296,215 to fund the upcoming referendum. Analysts explain that despite the high costs of the referendum, it is a must step having in mind the big change for the country.

China Times, a Taiwanese media, released information that the Kinmen Anti-casinos Alliance strongly opposes the referendum, claiming that it is confusing and it lacks the needed information, based on which the voters need to take an adequate decision. What is more is that the alliance is even convinced that the text of the referendum is strongly subjective, aiming to persuade people to support the casino industry.

It is still unknown if the country will follow the blueprints of its predecessor Matsu, which launched a casino referendum in 2012, when people supported the casino industry to enter their market. Currently, the legislation process is stopped.

Matsu is not the only Taiwanese country, which asked for the public opinion regarding the casino issue. Penghu also held a referendum on the matter, but the vote was absolutely clear – 81% of all the voters opposed the proposal.

In fact, Kinmen is a group of islands, in which, up to now, gambling is absolutely outlawed. Thus, the potential legislation of the casino industry in the outlying Taiwanese country is seen as a major change, which needs to comply with the public opinion. The referendum is intended to clarify the casino issue by setting out the precise public position on the matter, outlining the future of the casino industry in Kinmen.